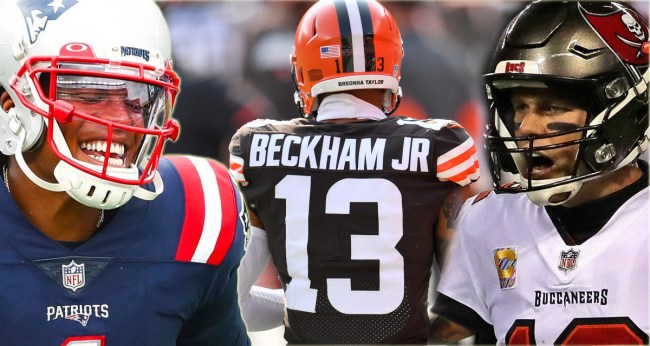 As one should expect, professional athletes, such as NFL players like OBJ, Tom Brady, Cam Newton and others, are able to supplement their already exorbinant salaries and sponsorship contracts by getting paid to post on social media.

As we have also seen, you don’t even really have to accomplished anything other than being popular on TikTok to bring home as much as $5 million a year.

So, with those two things in mind, the most popular NFL players have to be raking in the cash with posts on social media platforms like Instagram, right?

At least according to a new study conducted by Onlinegambling.ca, who not only determined which NFL players have the highest earnings on Instagram, they also figured out which NFL teams have the most star power on the social media platform.

Pretty much all the names you would expect.

Check out the entire top 20 below… 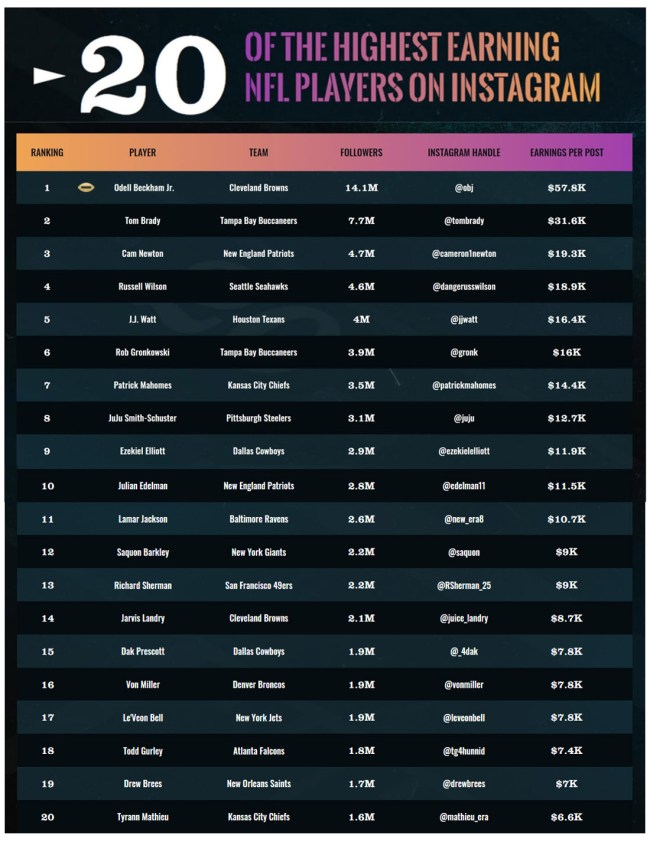 As far as NFL team star power on Instagram (using the top five highest earning players on each team), the resurgent Cleveland Browns take the top spot with 3.8 million followers and $74.9K earned per post.

While no NFL player comes close to Dwayne “The Rock” Johnson – the most followed, highest paid celebrity on Instagram at around $1 million per paid post, making $57.8K per sponsored post, like Beckham does is certainly nothing to sneeze at and helps explain how OBJ pays for all those sick watches he owns.