John Deere Classic Reportedly Canceled, PGA Tour Looking At Options To Replace It With An Event At TPC Sawgrass 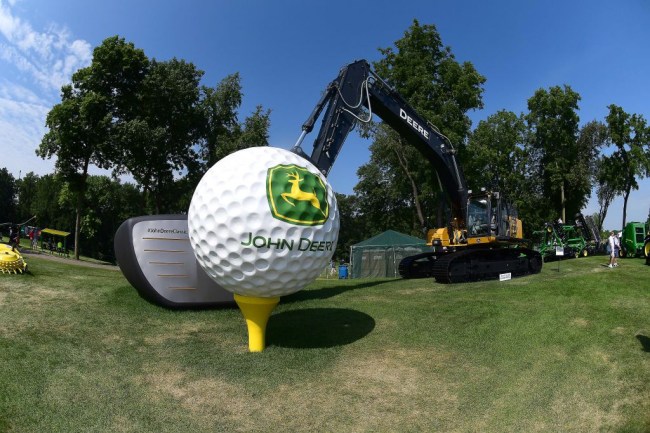 The John Deere Classic, the event many jokingly refer to as ‘the fifth major,’ has been canceled according to ESPN’s Bob Harig. The tournament was scheduled to take place between July 9-12 at TPC Deere Run in Silvis, Illinois.

The John Deere was scheduled to be the first event on the PGA Tour’s new-look schedule to have spectators, but restrictions in the state of Illinois by then will still limit gatherings to 50 people or less. Instead of playing the event without fans, the Tour elected to cancel it altogether.

Unfortunate development. But a sign that, with the Tour's return just two weeks away, the revamped schedule is hardly written in stone. https://t.co/gTYKXm3Pg1

According to Harig’s report, the Tour isn’t looking to keep that week on the schedule as an open date, instead, it is exploring options to host an event at TPC Sawgrass. The PGA Tour hit pause on its season following the first round of The Players at TPC Sawgrass back in March.

The PGA Tour is set to resume play in two weeks in Fort Worth, Texas with the Charles Schwab Challenge on June 11-14. No spectators will be allowed to attend the Charles Schwab and at least the three tournaments following it on the schedule.

The Tour’s first four events on the new schedule will take place in Texas, South Carolina, Connecticut, and Michigan.