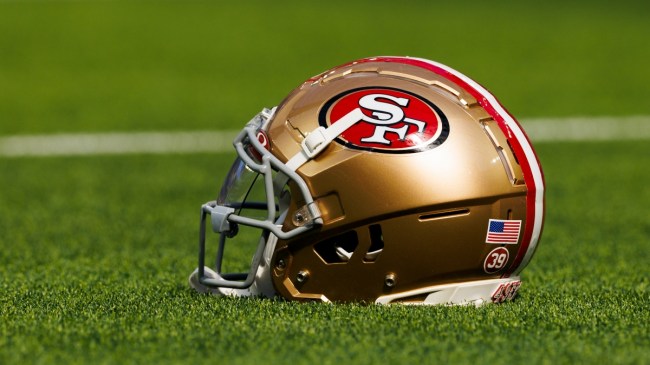 The San Francisco 49ers are currently on another Super Bowl run but things took a turn on Tuesday.

According to The Mercury News, the 49ers defensive lineman “was arrested Monday afternoon on suspicion of misdemeanor domestic violence after police were called to his San Jose home.” Omenihu was taken into custody but was later released “after posting bail.”

Reports indicate there may have been a physical altercation between Charles Omenihu and his girlfriend, per The Mercury News. “Police officers were called to Omenihu’s home in the 300 block of Santana Row at 4:39 p.m. for a report of domestic violence. Upon arriving, a woman told officers that Omenihu is her boyfriend and that he ‘pushed her to the ground during an argument.'”

As of now, no changes have been filed but it sounds like there will be some investigation into the situation. In the meantime, the 49ers released a statement regarding the issue.

49ers on the Charles Omenihu arrest (he has not been charged — the Santa Clara County DA will review that):

“We are aware of the matter involving Charles Omenihu and are in the process of gathering further information."

San Francisco is due to play the Philadelphia Eagles to determine who will represent the NFC in the Super Bowl. This is certainly a dark cloud hanging over the franchise right now. Look for more updates involving Charles Omenihu, as more information could come to light in the coming days.