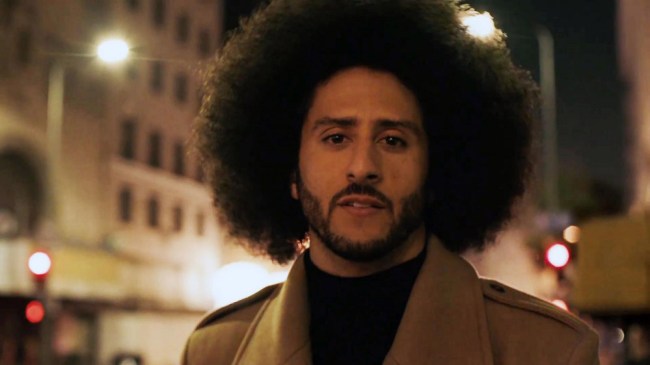 Welp, it’s official. Jimmy Garoppolo has been ruled out for the season with a torn ACL, putting a major damper on the San Francisco 49ers season.

Niners coach Kyle Shanahan is scheduled to hold a press conference to discuss Garappolo and his injury at 7 p.m. ET on Monday. He will also, presumably, be naming former University of Iowa standout C.J. Beathard the team’s new starting quarterback.

It is now official, @49ers QB Jimmy Garoppolo has torn his ACL and is out for the season.

What kind of ripple effect will that have on the rest of the team?#TheAftermath pic.twitter.com/9Pg3qiJm5F

Beathard has played in seven games for the 49ers since being drafted in third round round of the 2017 NFL draft. He’s thrown 224 passes, completed 54.9% of them, with 4 TDs and 6 INTs, and rushed for 3 TDs, so far in his young career. With Garoppolo out, the 49ers will now get a chance to see what they’ve got in him.

Not that many Niners fans are fully behind Beathard as the team’s new starting QB. In fact, many of them would like to bring back a guy with 58 career starts for the team, the last coming in 2016, Nike’s new poster boy Colin Kaepernick.

You can even bet on it.

No Jimmy… Should they call Kap? The Prop is out. Will the Colin Kaepernick sign with the #49ers in 2018? (BetOnline)
Yes +400
No -700#NFL #SportsBetting #GamblingTwitter pic.twitter.com/3G9Em0fPWu

What a shock, huh?

Jimmy is out @49ers get Kaepernick!!

Hey @49ers don’t be stupid we need another QB now and @Kaepernick7 is ready!

Unfortunately, for these fans, it doesn’t appear Kaep is coming back. Instead, the team is reportedly bringing in another guy who’s been sitting on his couch this season, Tom Savage.

In light of the Jimmy Garappolo injury news, the #49ers are bringing in QB Tom Savage for a workout, per source.

Imagine , Collin Kaepernick is out there and u bringing in Tom Savage 😂😂. #Collusion pic.twitter.com/6EG8lZ241h