7-Year-Old Kid Writes Scathing Letter To Jerry Jones About The State Of The Cowboys: ‘WE SUCK!’ 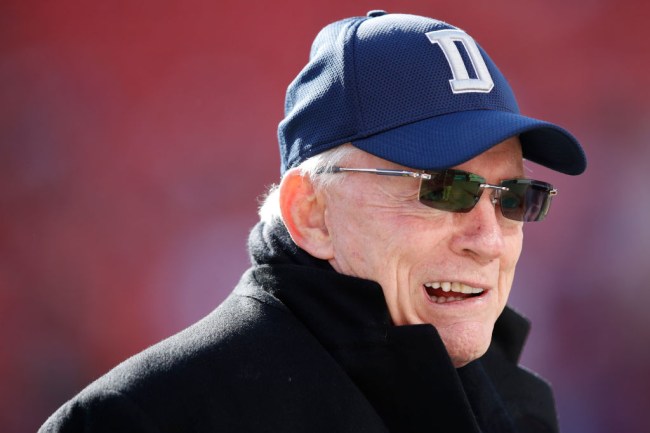 The torch-holder for Cowboys Nation is evidently a 7-year-old boy who was born around the time Jason Garrett was promoted to head coach. Rylan, a second grader from Mansfield, Texas, has lived a life of football fan mediocrity. The first three years of his life, the Boys went 8-8, and have only made it as far as the divisional playoffs since. With one of the top five biggest football markets in the country, Ryland and Cowboys fans are at a tipping point.

At around the time when Cowboys great Troy Aikman called for a “complete overhaul” of the Cowboys “dysfunctional organization” following another embarrassing loss on Monday night versus the Tennesse Titans, Ryland Jimenez took the time out to write a poignant letter to Jerry Jones calling for the same thing.

My name is Rylan Wood. I am a 7-year-old 2nd grade student in Mansfield, Texas. My family has been Dallas Cowboys fans since the team was started. I have a lot of Cowboy gear and I have met ‘Zeke, Taco, Jason Witten and two other players who play on other teams.

You have made my mom very mad because WE SUCK! Every game day she is yelling at the TV and turns off the game. We are wanting to believe in the boys but its hard. I hope “Coach Garrett” is clapping if this letter gets to you. See what happens when Dez X is gone?? The cheerleaders are better than the team this year. I do not want to hurt your feelings.

The ‘WE SUCK!’ caught me off guard, but I like the fire from the little guy. Best of luck to “Coach Garrett” against the reigning Super Bowl champ Philadelphia Eagles this Sunday!