Did The 76ers Hide A “Trust The Process” Easter Egg In Their New Jerseys? 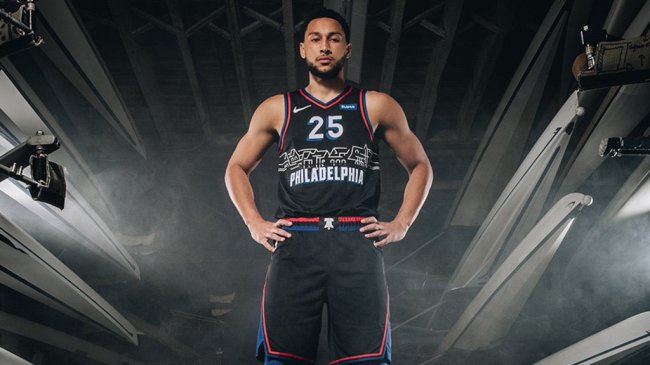 Maybe it’s my North Jersey bias, but I am simply not sold on the combination of Ben Simmons and Joel Embiid as a championship-winning duo, regardless of who their new head coach is (frankly, it’s also about time we had an honest conversation about Doc Rivers, too).

Simmons, albeit an elite rebounder, passer, and defender, simply doesn’t show signs of a scoring leap that will take him to the next level. Granted, he’s still just 24-years-old, but at some stage, he’s going to need to develop a way to score from outside three-feet from the basket to enter that next level of superstardom.

Then there’s Joel Embiid, who is more or less a manchild — while his eccentricities used to play into his cult of personality, the 26-year-old’s act is beginning to wear thin as true success continues to elude the 76ers franchise.

Still, despite what I believe to be an apparent end to this story — the 76ers flirting with contention while never truly getting over the hump — the franchise deserves credit for radical methods it used to get to this stage and effectively turn around the previously miserable team. Radical methods known as “Trust The Process”.

A pseudo-rallying cry used by former Sixers general manager Sam Hinkie, “Trust the Process” say the Sixers systematically lose and gut their franchise of bad contracts in order to rebuild from the ashes. The organization obviously understands the importance of the “Trust the Process” legacy, as it appears they hid an Easter Egg nod to it in their new City Edition Jerseys.

If you look very closely, right above the “AD” in PHILADELPHIA, there appears to be the letters TTP, short for “Trust the Process”, hiding in plain sight. 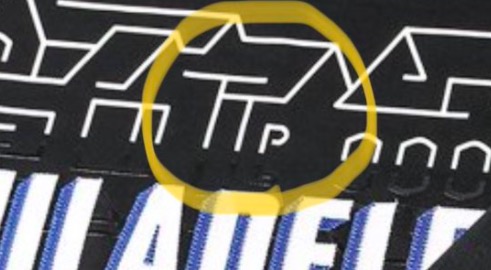 While the nonbelievers among us may chalk it up to coincidence, Nike simply puts way too much effort into these jerseys for it to be a convenient accident. Trust the Process is alive and well in Philly.