According To 911 Call Data, Wrigleyville Is A Pretty Horrible Place To Be During Cubs Games 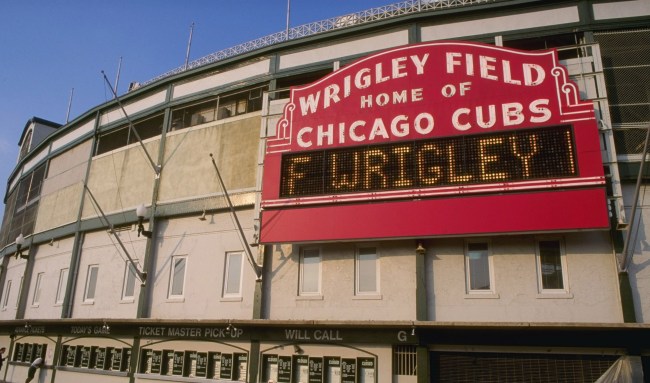 Wrigley Field, the home of the Chicago Cubs since April 20, 1916, is often referred to by fans and media as “The Friendly Confines.”

And while that is certainly debatable, 911 call data for Wrigleyville in Chicago reveals that the area around Wrigley Field is actually a pretty horrible place to be during Cubs games.

According to a new study by Deadspin, who averaged the number of 911 calls made when a team plays at home compared to their road games for every city and NFL, MLB, NHL, or NBA team combination…

Hockey, a sport that sanctions on-ice fighting, and football, the American pastime that celebrates brain damage, may be significantly more violent within the games, but apparently that doesn’t translate to the fans. Outside of the Bengals, the two sports that drive the most 911 calls are basketball and baseball.

Chicago Cubs home games coincide with the biggest increase in the raw number of emergencies of any city/sport combination. The area around Wrigley Field is a hotbed of drinking, debauchery, and public urination. And if we zoom in on a map of Chicago’s extra 911 calls, it’s clear that many of the additional emergencies are in the area around Wrigley.

However, on a percentage basis, Deadspin found that “the undisputed kings of game-day emergencies are certainly the Cincinnati Bengals.”

…emergency calls in the normally-quiet downtown districts of the Queen City spike an astounding 50-100 percent while the rest of the city is unperturbed. That includes dozens of drug stops, plenty of disorderly conduct, and even 32 cases of assault.

As is the case with the Cubs, drilling down on where the additional calls are coming from reveals that the biggest spike by far comes from the neighborhood where the Bengals’ stadium is located.

The study also revealed that the Chicago Bears, Seattle Seahawks, and Brooklyn Nets each add around 30 emergency calls per home game to their cities.

Sadly, Philadelphia doesn’t share its 911 call data, nor is their any 911 data for the notoriously awful 49ers fans.

Were that that case, (when the 49ers moved from Candlestick Park to Santa Clara in 2014, police reports in the city increased by 15 percent) chances are those two cities would be fighting with Chicago (not literally, although…) for the “top” spot.