Aaron Donald’s Trainer Confirms He’s Getting Faster And Better With Age, Tells Him How Many Years He Has Left 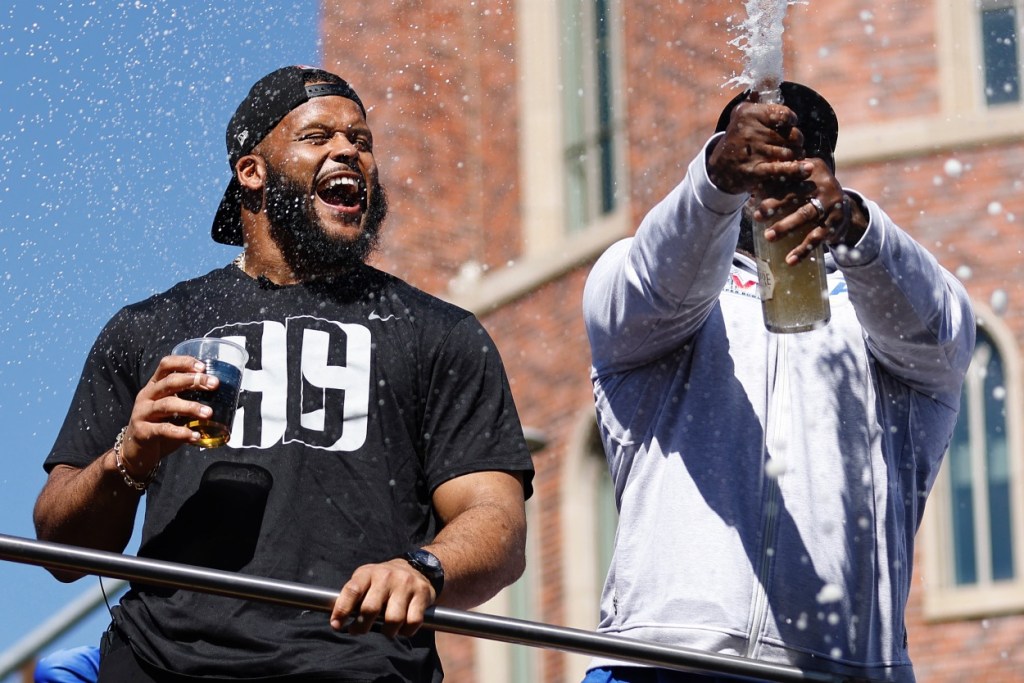 Super Bowl champion Aaron Donald is just two years removed from winning the NFL’s Defensive Player of the Year Award. Had he won it again this past season they might’ve had to re-name the award after him because he won it 3x in 4 years (2017, 2018, 2020).

Aaron Donald is only 30-years-old. In life, that’s still considered young and decades away from ‘middle age’ but in the NFL he’s getting up there in age. It was shocking to hear him talking about retirement towards the end of last season through the NFL Playoffs. But it was hard to find fault in his logic. If (and when) he won the Super Bowl, what else left did he have to prove? Nothing.

Aaron Donald: “Yeah, I’m faster. I was just with my guy Wednesday training and I always ask after I work, ‘What do you think?’ And he said back, ‘You’ve got about three, five more years in you with how you’re moving.’ So, I feel good, I really do feel good. I feel quick, I feel explosive.”

Aaron’s life in the NFL

Other than those very interesting quotes, Aaron Donald discussed how hard it is to be away from his family during the NFL season. He also talked about avoiding distractions, when he knew he was headed to the NFL, who the best trash talkers on the field are (clip above), and more.

You can click ‘play’ to see that segment on trash-talking or scrub the video back and start from the beginning if you’d prefer. Also, can we just take a second to acknowledge that Aaron Donald’s trainer told him he had 3 to 5 years left? For one of the most athletically gifted people on the planet, that has to do something strange to your psyche to hear that from your trainer.