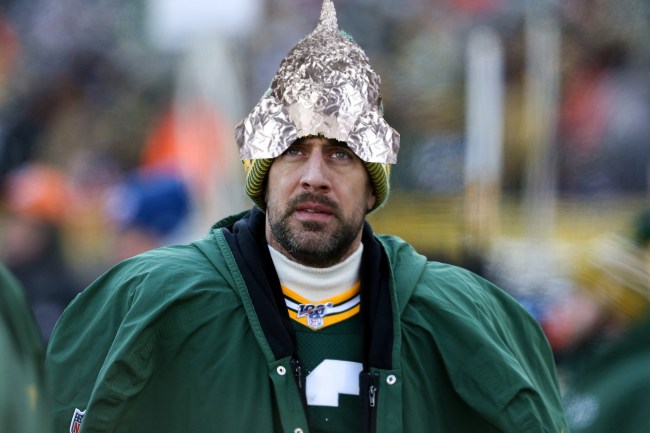 Put it on your melon.

Thank you for your commitment to lunacy.

Aaron Rodgers, a weird guy, reportedly spends time he could be using to repair the relationship with his blood relatives to ponder conspiracy theories that are best consumed with a gram of psilocybin.

Former quarterback Seneca Wallace, who backed up Rodgers in 2013, recently told ESPN that Rodgers seriously considered the validity of the chemtrail conspiracy theory, which the Environmental Protection Agency debunked years ago.

“He’s always into, like, crazy conspiracies,” Wallace said. “He would be like ‘What do you think all that stuff is flying behind that jet stream? Do you think it has anything to do with maybe why everybody’s getting cancer?’” [watch video here] 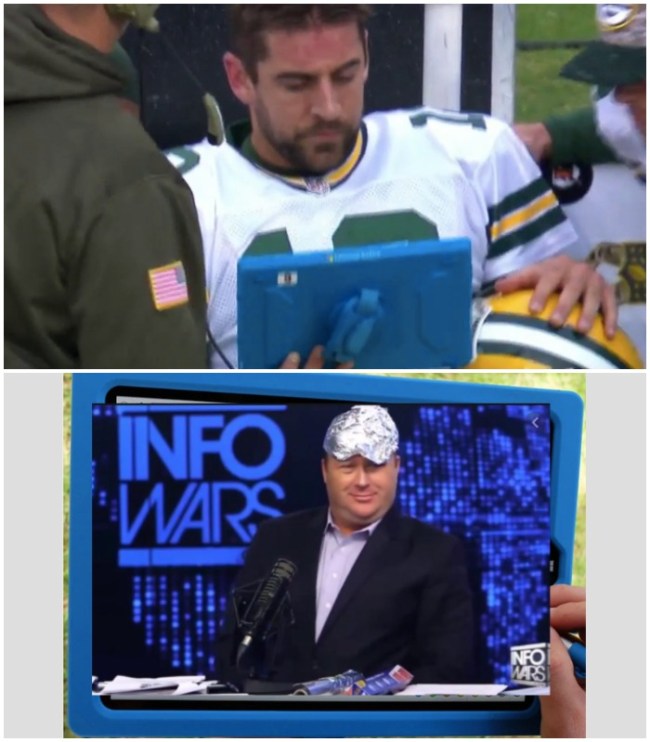 For the unenlightened, the theory claims that the condensation trails of frozen water vapor dispensed from aircraft engines are actually chemical or biological agents used insidiously to change the weather or control populations or, as Rodgers pondered, cause cancer. 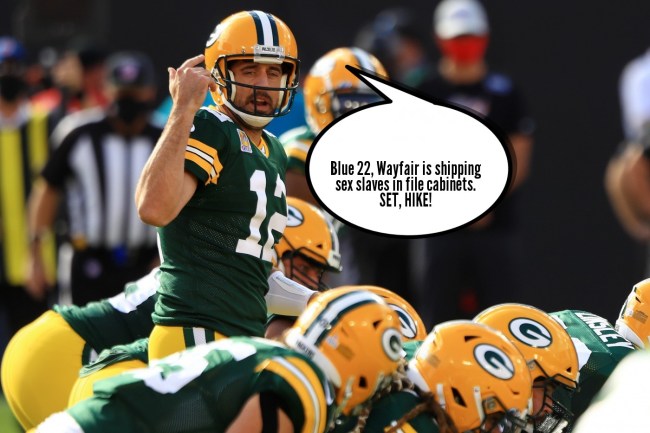 The theory was given credence by Peter Kirby of the Centre for Research on Globalization in Quebec, who wrote the 2012 book: Chemtrails Exposed: A History of the New Manhattan Project.

“Evidence suggests that today’s chemtrail spraying operations consist of airplanes saturating our atmosphere with nano-sized particles influenced by electromagnetic energy for the purpose of weather modification.”

“Motives are plenty. Most notably, significant direct benefits can be gained by playing financial markets which rise and fall with the weather such as the weather derivatives and catastrophe reinsurance markets; not to mention agricultural and energy commodities,” Mr. Kirby writes. “Weather routinely changes the course of human history. It determines what we do every day. It determines the outcomes of wars and influences elections. Control of the weather is God-like power. Money and power junkies want it.” [via] 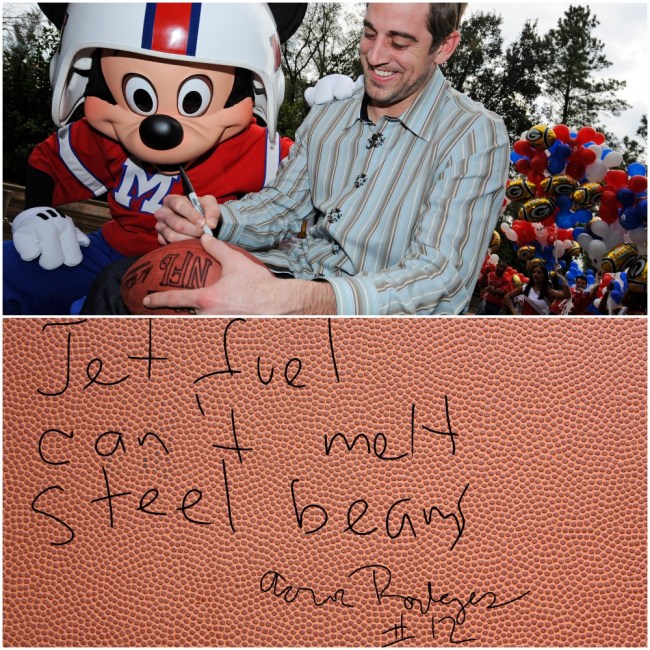