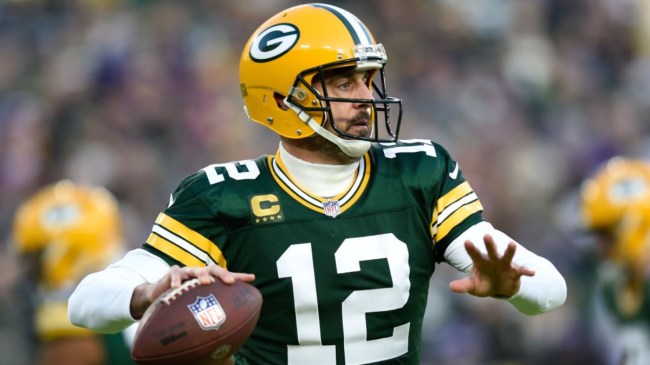 It feels like we’ve been talking about Aaron Rodgers potentially retiring for a while now.

The guy that was drafted to replace him is finishing his 3rd year in the league.

Last season, he waited until well into the offseason to make a decision about whether he should return to football. It was a big question mark once again as the Green Bay Packers headed into the 2022 offseason.

Now Rodgers has a massive contract that could keep him around for a while, but there is still no clarity about his future, especially with the possibility looming that Jordan Love could finally become the Packers’ starter next season.

One thign we know for sure is that Rodgers and the Packers have just one game left at Lambeau Field this season. That game has major implications for the Packers as they can secure a playoff spot with a win. It could also be the last time we ever see Rodgers at the Packers’ home stadium.

Today, he acknowledged that possibility, but also stated that a decision on his future still has not been made.

If #Packers win Sunday, they’ll be NFC’s 7th seed. That means no more games at Lambeau Field. Asked Aaron Rodgers if he has clarity on this potentially being his last game at Lambeau. He acknowledged possibility will be on his mind, but reiterated decision will come in offseason.

It would be surprising to see Rodgers call it a career after this season. Rodgers struggled early in the year, but wasn’t given much to work with as receiver as the team tried to incorporate a new group at the position and they struggled with injuries.

Rodgers has turned things around for the Packers in recent weeks and has them in impressive form heading into the last week of the season.

Still, it is very much a possibility that he could end his career or he could even go play somewhere else next season. Whatever the case, Packers fans should hold on to their tickets just in case it’s their last chance to Aaron Rodgers at Lambeau.