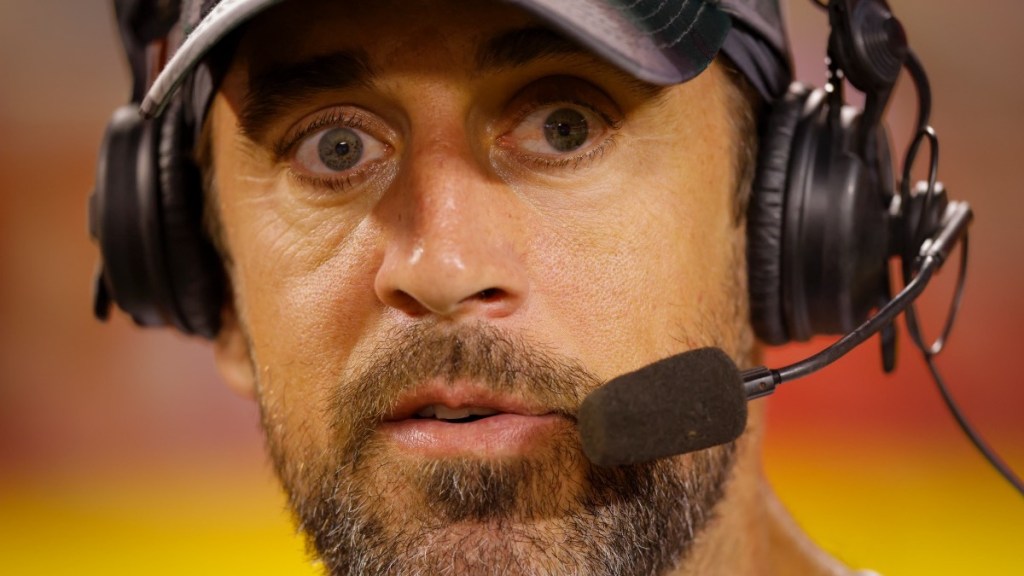 Green Bay Packers quarterback and back-to-back NFL MVP Aaron Rodgers has become a bit of a lightning rod in NFL-related news over the past few years.

The reasons Rodgers has attracted so much attention are almost too many and varied to even begin to mention here, but a recent example would be Aaron going on The Joe Rogan Experience and discussing playing on percocet, or revealing his extensive experience with tripping on Ayahuasca.

Aaron Rodgers remains under the media spotlight as much if not more than any other player in the NFL. The only player who rivals Aaron’s level of scrutiny is Tom Brady. And while we tend to focus on what we learn about Aaron through the news, it’s interesting to hear his side of things and what Rodgers himself learns along the way.

Aaron Rodgers Tells Pat McAfee What Must Happen In Order For Us To Come Together As A Country.

As a guest on The Pat McAfee Show, Aaron Rodgers was asked about what he’s learned over the past year or two at the center of a media whirlwind. And Rodgers dove into an explanation of what he thinks most happen in order for us to heal as a country. Here’s the video with some of his quotes below:

"In order to come together as people you have to listen to other people's opinions & a lot of the time you don't agree with those opinions" ~@AaronRodgers12#PMSLive pic.twitter.com/lukBx9s1MC

Pat’s asking him about the world basically hearing Aaron for the first time after his infamous appearance on The Pat McAfee Show.

Aaron Rodgers said: “Well it was great. And I’ll say it again. We have two years and one mouth for a reason, so often with social media, and we’re all guilty of it.”

“We speak twice as often as we listen. And in order to come together as a country and come together as people and connect, you have to listen to other people’s opinions. And a lot of times opinions that you don’t agree with.”

“That’s how division happens because there’s absolutely zero room for people to connect and at least just listen to what you have to say.”

Aaron Rodgers went on to talk about what he thinks having an ‘open mind’ means. They also spoke for a LONG time about other topics.

You can stream the full episode of Aaron’s appearance on The Pat McAfee Show at that YouTube link above!

There was a moment during his time at Cal-Berkeley where Rodgers was dragged into an all out war with a professor .https://t.co/JcpUBBgGhG