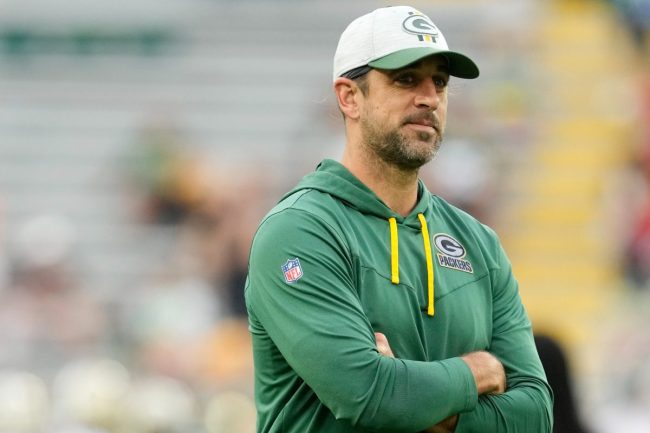 Aaron Rodgers went on the Joe Rogan Experience podcast Saturday to discuss a little football ahead of the 2022 NFL season. The quarterback spilled a little tea when asked about the league’s pain medication avenues.

Rodgers revealed that he has played on Percocet while dealing with nagging injuries. In hindsight, he says that move was a bad idea.

“The pain management, especially with our sport, is fascinating to see how things are ‘treated.’ I use quotations on treated because, up until probably a decade ago, it was easily accessible to get oxy, Percocet, Vicodin, whatever you wanted. … you played [on painkillers], definitely.

[I played] on Percocet. It was more for pain management, so I wasn’t taking any high dosage, but stupid, ultimately.”

Rodgers then went on to blast the NFL for allowing, and even promoting the availability of Percocet and other addictive pain killers for its players. He has been pretty outspoken on the use of more holistic medicines but says that the league is too closed-minded to offer those options to players in need.

It’s ass backwards, the whole treatment of professional athletes—definitely in our sport, that we’re still giving out that stuff.”

It will be interesting to see whether Rodgers receives some ‘random’ drug tests this season after admitting to using psychedelics this offseason.

He does say that the league has gotten better at monitoring those addictive pain killers, but remains frustrated that there aren’t safer, more natural treatments.