Aaron Rodgers Makes Joke About Jackson Mahomes Ahead Of ‘The Match’ 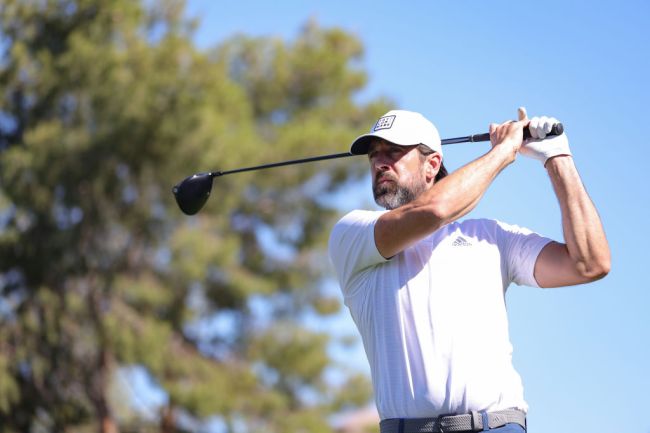 There has been plenty of trash talk between Tom Brady, Aaron Rodgers, Josh Allen, and Patrick Mahomes as we approach the start of the 6th iteration of “The Match”. It seems the trash talk even comes out when answering questions for promo videos.

Yesterday, a video was released of the competitors answering questions about topics like social media, video games, and music. While answering the questions, Aaron Rodgers found an opportunity to crack a joke about Jackson Mahomes.

Rodgers was asked about his social media preferences and after revealing his use of Instagram, he threw in “Pat I’m sure is a big TikToker. Runs in the family.”

Aaron Rodgers didn't hold back ahead of #CapitalOnesTheMatch

Rodgers is referring to Mahomes’ younger brother, who has become notorious among NFL fans for his TikToks. His interactions with local restaurants and small businesses and the decision to dance on a memorial to Sean Taylor also haven’t done much to endear him to fans.

Jackson Mahomes’ entrance into the spotlight has coincided with the family as a whole becoming one of the NFL’s most annoying. The antics from him and Patrick Mahomes’ wife have led to many fans openly rooting against the Chiefs just so they don’t have to see the family on television.

If there’s ny quarterback in the NFL who understands seeing his family making headlines, it’s Rodgers. Rodgers has had issues with his family for years and reportedly didn’t even show up to his brother’s wedding.

Maybe their families will give Rodgers and Mahomes something to talk about on the course today.