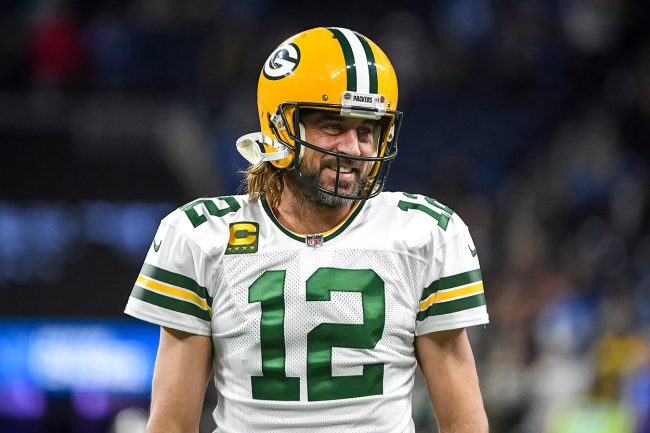 Aaron Rodgers’ future with the Green Bay Packers is very up in the air. He is under contract with the team through 2023, but there has been a lot of tension between the franchise and their star quarterback over the past two years and both sides could choose to move on.

As a result, Rodgers may choose to retire. He may also request a trade. There is also a small chance that the Packers release him before the 2022 calendar year begins to avoid taking a massive cap hit.

The third possibility is unlikely, but the idea that Rodgers could be on a different team next season is not unrealistic by any stretch of the imagination. For him to stay in Green Bay would require a huge shift in the relationship between the NFL MVP and the front office.

After the season, Rodgers chose to stay in Green Bay, rather than getting out of the frozen tundra as soon as the year ended, like he did in years prior. He stuck around a little bit longer so that he could meet with the Packers organization and it sounds like the meetings went well.

Rodgers joined The Pat McAfee Show on Tuesday and discussed his extended stay in Wisconsin.

He said that the meetings and conversations were “much different than they’ve been in the past, in a positive way. Honest conversations I appreciated.”

The fact that Rodgers met with Gutekunst is very interesting. The two have not had a positive relationship in the recent past.

Last year, Rodgers reportedly turned down a very lucrative offer from Green Bay. It would have made him the highest-paid quarterback in the league.

The reason he said no, per reports, is because he hates Gutekunst. For Rodgers to say that things were more positive than they were in the past is a great sign for the Packers having a chance of keeping their MVP quarterback happy and in Green Bay.