Aaron Rodgers Hasn’t Made A Decision About Retirement, Drops Interesting Note About Broncos 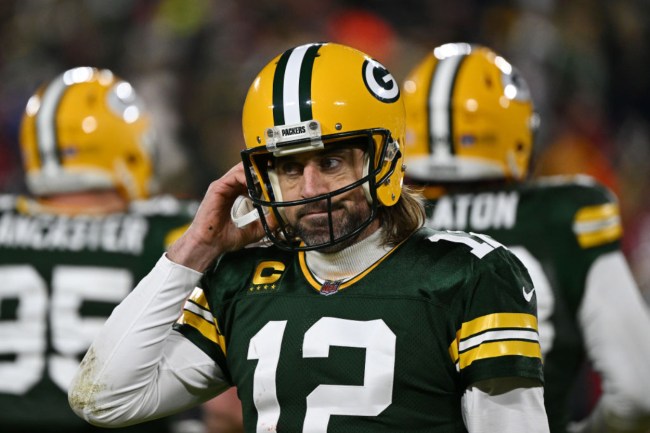 Aaron Rodgers doesn’t know what his future holds. Maybe he returns to Green Bay for another season. Maybe he quits football altogether, or perhaps he forces his way out and lands with a new franchise.

Everything is on the table at this point, those were his exact words on Tuesday during his appearance on ‘The Pat McAfee Show.’

“I think everything is definitely on the table,” Rodgers explained. “There are things that seem more plausible or likely which I won’t get into.”

“The most important thing is first the commitment to playing – and going into the offseason and training – and after that, it’s conversations with my agent and (GM) Brian (Gutekunst) and looking at the desires of the team and the mindset moving forward and make a decision from there.”

It’s understandable, seeing as how we’re just a few days removed from the Packers’ playoff loss to the 49ers, that Rodgers hasn’t made up his mind about retiring or suiting up again next season.

"Everything is definitely on the table.. there are things that seem more plausible or more likely but first there has to be the commitment to playing"@AaronRodgers12 on his future #PatMcAfeeShowLIVE pic.twitter.com/9t1TTKq5Zp

While it’s clear Rodgers hasn’t made up his mind about his future, he did drop in an interesting tidbit about a “fairytale ending” and the Denver Broncos.

Could Aaron Rodgers To The Broncos Make Sense?

Rodgers has been linked to the Broncos for quite a while now, and that move would make a lot of sense.

The Broncos have the cap space and weapons on the offensive side of the ball. Denver has also interviewed Green Bay offensive coordinator Nathaniel Hackett, who Rodgers likes, for their head coaching job.

Then, of course, you have the fact that Peyton Manning rode off into the sunset after joining the Broncos at the end of his career, which Rodgers noted.

“When you’re a hyper-competitive individual, you dream about the fairytale ending. That doesn’t mean winning the Super Bowl necessarily. Not many people have done that. Peyton and Elway did,” Rodgers said.

It comes down to how you’re feeling. Do you still have joy and commitment to the game and want to sign up for the grind again? Only way to know is to step away for a while, think about the enormity of the task and what would bring you the most enjoyment.”

Rodgers is signed with the Packers thru next season with a cap hit of over $46 million and a base salary of $26.4 million.