Antonio Brown Continues To Be Awful, Appalls Fans With Incredibly Offensive Joke About An NFL Team 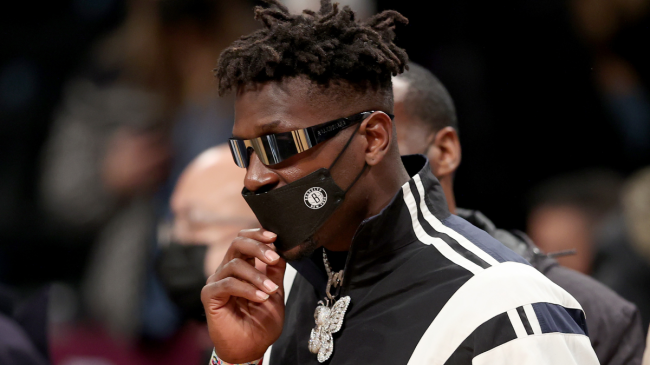 Antonio Brown has effectively blackballed himself from the National Football League. With no NFL team willing to sign the former Pro-Bowl pass catcher, AB is now creating a team of his own.

And one with an incredibly offensive mascot.

Brown posted his latest team name suggestion on his Twitter page Monday morning, and it’s causing a stir from social media users. It’s not that anyone is surprised, necessarily. In fact, it’s becoming expected behavior from the footballer turned entertainment artist.

But the fact that he continues to do things with no regard for consequence is quite amazing.

In the last month alone, he’s been tied up in an indecent exposure incident, a jewelry robbery, and a scam involving Lil Wayne. Now, he’s made his next headline.

People on social media were quick to react to insensitive post. Take a look.

The joke, which has been pinned to the top of his Twitter page, is now receiving pushback from followers and fans. The team name suggestion was a play on the Arizona Cardinals.

Find some of the replies to the offensive post below.

Another person posted, “This ain’t it, bro,” in response to seeing the initial tweet.

This person simply wrote, “You are a truly horrible person.”

AB continues to outdo himself.