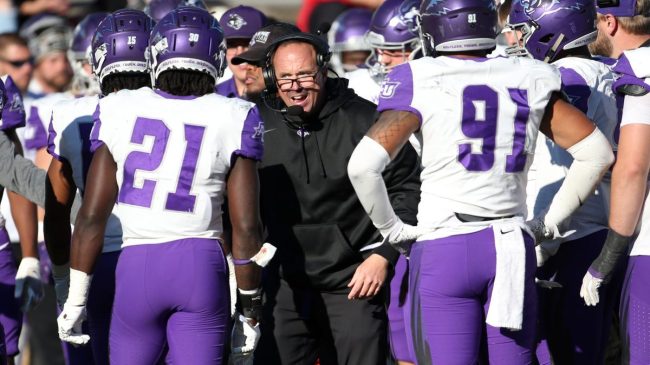 With all the hype and fandom around college football, it can sometimes be difficult to remember that these are still typically 18-22-year-old athletes.

One Abilene Christian player did his best job to remind fans of that on Saturday.

The FCS WAC member Wildcats have a tall task ahead of them against SEC East foe Missouri. The Tigers came into the contest looking to bounce back from an embarrassing 40-12 blowout loss to Kansas State a week ago.

Thankfully for them, Abilene Christian Kendall Catalon was willing to help.

There are some fairly clearly written rules for punt returners. One of those rules is that you should never field a ball inside the 10-yard line.

As a general rule of thumber, returners are told to plant their heels on the 10-yard line and let anything over their head go into the end zone.

Catalon isn’t one for rules.

Instead, the Wildcats returner backed up all the way to his own 1-yard line. Not only did he field the ball at his own 1. But he also called for a fair catch, pinning Abilene Christian against its own goal line.

Young man, what are you doing pic.twitter.com/LUoQxV4KFJ

The Wildcats actually proceeded to drive 77 yards and score a field goal on the ensuing drive. But fans couldn’t believe what they’d just seen.

Do you have to pay for tuition after this? https://t.co/JEdXBa9cDO

“Oh, on the 1!” Absolutely killed me. https://t.co/NgQyeTzqEM

It was truly an historic moment in history.

every monday after a punt returner calls for a fair catch at the 1 should be declared a federal holiday. the guy who does it should be awarded whatever the national version of the key to the city is, which i guess would be the nuclear launch codes https://t.co/UkVFv0R5KW

the incredibly confused defense here is a delight https://t.co/04dX8rgy26

Something tells us that Catalon won’t be returning punts for the Wildcats again next week.