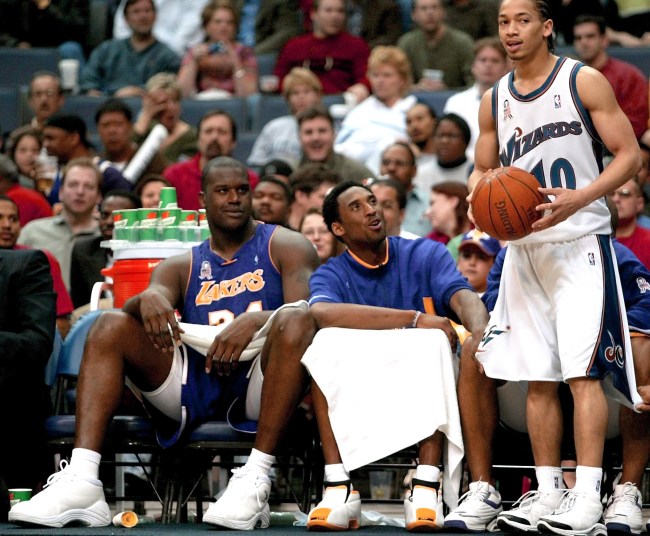 Author’s Note: I was inspired to write this story after reading Chris Danforth’s piece on the Kobe 2 in High Snobiety. Check it out here.

Why has clown become such an in-vogue insult? Did it start with Bryce Harper’s viral denigration of that reporter— “That’s a clown question bro?” Or was it the reboot of Stephen King’s “It” that popularized the demonization of clowns? Whatever it was, if you call someone a clown today, you had better be ready to throw hands.

I was a clown in seventh grade wearing my Adidas Kobe 2s. I “copped” (sneaker-speak for purchased or stole) the first version, in anthracite or steel mill or polluted river or whatever manly shade they called it. The shoes looked so large and boxy on my feet that environmentally-woke classmates circulated a petition to ban me from wearing them unless I added more kids to the carpool.

I wore them for AAU basketball (shoutout Maine Hoops! We should have been better!) as well as for my school team, Waynflete, which raised the ire of one opponent from North Yarmouth Academy. His name was Brian Chin and he didn’t like how our starting five all wore cool sneakers—one Adidas TMac, two Reebok Iverson Answers, my Kobes, and one Air Jordan 17 that my buddy carried around in that fucking metal suitcase like the nuclear codes—calling us “privileged bitches” and “motherfuckers” so casually that we all had to get a drink of water. 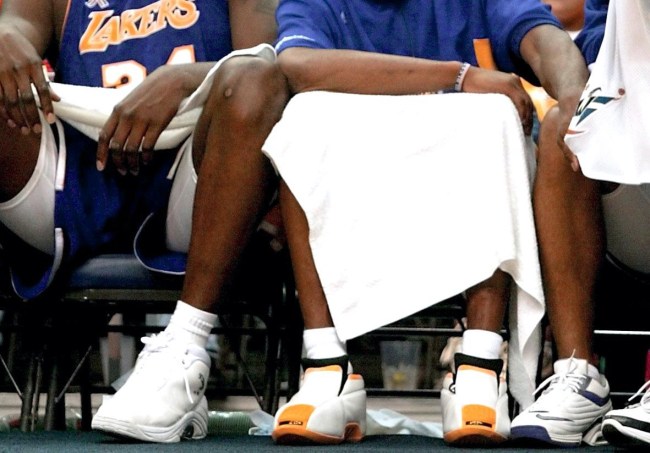 Today, for the sake of my ego, I looked Brian up. As much as I’d like to tell you he’s been arrested for possessing terrabytes of child pornography, it actually seems like he’s living a great life. Guess we were a couple motherfuckers after all.

When laypeople asked me why my shoes looked so absurd, I told them they’d been modeled after the Audi TT. That was how Adidas marketed the shoe. Everyone loved that car, that and the BMW Z3. It’s hard to trace the Audi TT to the Kobe 2. Not a whole lot of similarities, if we’re being honest. The car looks like a sexy convertible and the shoes look like Kevin Malone’s Air Kleenexes up in Niagara. 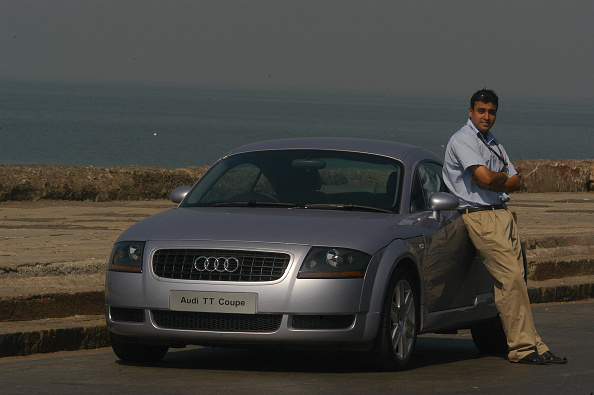 Lord, help that man get through all the puss he’s about to face.

Aesthetics aside, the Kobe 2 wasn’t the best shoe to play basketball in either. Every step felt like walking in snorkeling flippers on dry ground: they smacked against the hardwood like an old dog lying down in the kitchen. It didn’t help that I used to buy my shoes a size too big to give the impression that I was a man in a child’s body. The refs had an easy time calling charges in my favor because my Kobes would stay planted in the paint while I slid to the protective wall mats behind the hoop. Halfway through my seventh grade season, I was finally convinced that I wasn’t actually a size 13.

But that first practice of the season, in my new Kobe 2s, was quite a day. The commercials for the Kobe 2 had teased us all with brief glimpses of the shoe, but nobody had seen them in the wild yet. Dan Shibley, an extremely handsome and popular eighth grader, actually bent down and licked them, leaving me with mixed feelings. 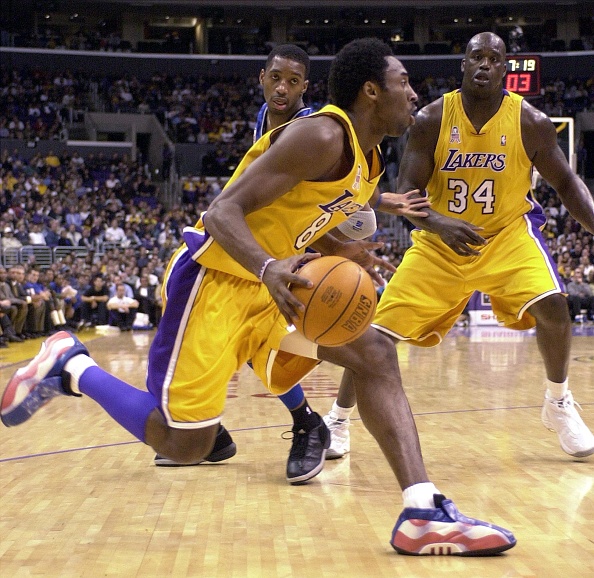 To this day, my finest athletic performance occurred in those Kobe 2s. We were playing a home game against Fryeburg Academy. Our one good big man, Mike Antonio, was out for the game with homework stress. As our only competent ballhandler, but also as the largest kid on the floor, I had the dual task of securing rebounds and bringing the ball up the court. Lebron before Lebron. I would drive, miss a tough, contested shot, grab my own rebound, and put it back in. I scored 32 of our team’s 34 points (for real). Despite my heroics, we lost at the buzzer when some chubby kid threw up a blind, turnaround prayer that rattled in.

I was destroyed, but found a measure of solace when the opposing coach brought his team in before the handshake line and told them to give special handshakes to me. Seriously. Those Fryeburg kids, to a boy, looked me in the eye and said “GREAT game” while only giving cursory high-fives to the other kids on my team. I still cried on the way home until dad turned into the Friendly’s drive-thru for a conciliatory fribble.

Today, in the throes of a full-on sneaker obsession, I find myself oriented more towards the obvious, timeless silhouettes of Jordans 1, 3, and 11.

But the Kobe 2 will always bring me back to the time I nearly won a five-on-one game of basketball.

PPS- I take that back. They were incredibly polite.