Hold On… Ahmad Rashad Is 70-Years-Old? The Internet Refuses To Believe It 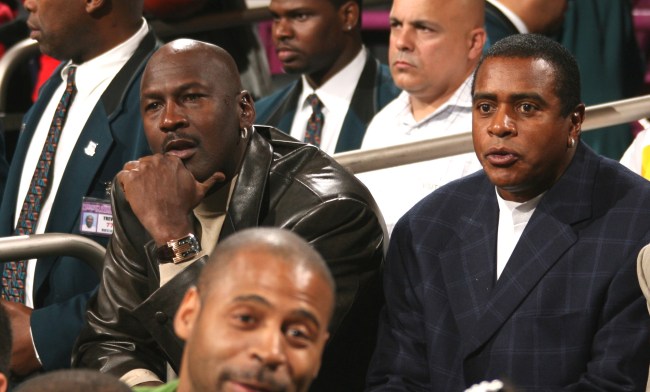 Ahmad Rashad re-entered the sports world’s consciousness with his appearance on the ESPN documentary series The Last Dance about the 1997-98 Chicago Bulls. Nothing terribly surprising about that since he and the star of the show, Michael Jordan, have been longtime friends.

What has shocked the crap out of everyone, however, is that fact that Ahmad Rashad is now somehow 70-years-old!

That can’t be right… can it?

How old is Michael Jordan? He and Rashad have been hanging around together almost since the day His Airness entered the NBA.

Also, did you know Ahmad Rashad was a college football All-American in 1971, is a member of the College Football Hall of Fame, and was the fourth pick in the 1972 NFL Draft, a Pro Bowl wide receiver four years straight from 1978 to 1981 and perhaps most amazing of all, roomed with O.J. Simpson in 1974 when they were both on the Bills? He’s also been married five times including once to Phylicia Rashad while she starred on The Cosby Show.

Forget Michael Jordan… someone needs to do a documentary on this guy!

But seriously though… how is this guy 70-years-old? Imagine the stories HE could tell. 10 episodes might not be enough.

Jesus. I hope I look that good when I'm two years ago

Guy was a professional football player in *1972*

This guy hasn’t aged at all in 30 years

I've been watching you since the Vikings when I was around 10, now I'm old as hell, why don't you age?

Ahmad drinking from the same fountain as Paul Rudd