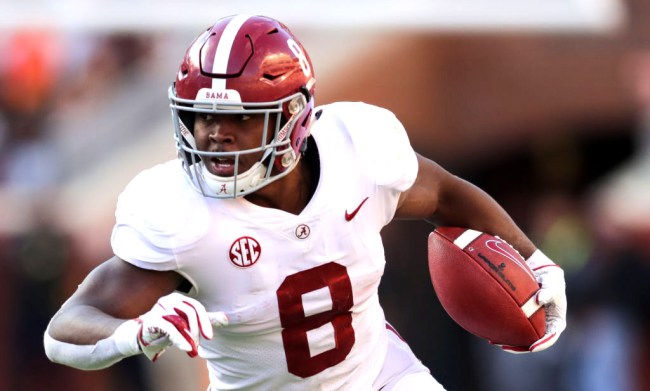 Rivalries in sports don’t get much better (or more serious) than those between SEC football fans and players. Fans of teams like Georgia, Florida, Tennessee, LSU and Alabama are some of the most diehard sports fans on the planet. Especially Crimson Tide supporters.

So with the top-ranked Tide gearing up to face the fourth-ranked LSU Tigers this Saturday, an Alabama fan decided to continue the great college football tradition of trolling his squad’s opponent.

You see, after LSU linebacker Devin White was ejected for targeting in the Tigers’ last game, he now has to sit out the first half of the upcoming game against the Tide. As a result, LSU fans raised over $6,200 to place 13 billboards all around Birmingham, the home of SEC HQ, with the phrase #FreeDevinWhite on it.

All credit goes to Smalls on @TigerDroppings. Thanks to his efforts, the #FreeDevinWhite campaign raised over $6200, as of 3pm. Excess funds will go to the LSU Vet School Equine department. That donation currently sits at close to $2,500. pic.twitter.com/EsN9YMjxrl

After seeing these billboards in Alabama, a Crimson Tide fan decided to get back at LSU with a billboard of his own in Baton Rouge and ended up raising money for hurricane victims.

THE BAMA BILLBOARDS ARE UP IN BATON ROUGE:

If you donated, thank you; and if you haven’t donated, please consider it because Hurricane victims still need our help!! https://t.co/s70kZRUMdl pic.twitter.com/eQyzJwicVj

The GoFundMe page reads, in part…

Do #FreeDevinWhite billboards seem ignorant and misguided to you?

If so, this is the place for you! Donate your money more intelligently, strategically, and sympathetically.

While LSU fans waste their money on meaningless billboards based on a conspiracy theory between The University Of Alabama and the Southeastern Conference offices in Birmingham, we are starting this campaign to raise money for hurricane relief efforts for victims of Hurricane Michael, which devastated parts of the Eastern United States in early October.

This hurricane has not received anywhere near the amount of media coverage it should’ve and these people still need help! It caused damage in excess of $8.1 billion.

Stop giving money to meaningless conspiracy theories and give it to people who need your help!

The billboard, complete with a giant elephant on it, reads, “Tiger Fans: Before Tua drops half a Benjamin in Death Valley, be sure to donate half a Benjamin to hurricane relief. Roll Tide!”