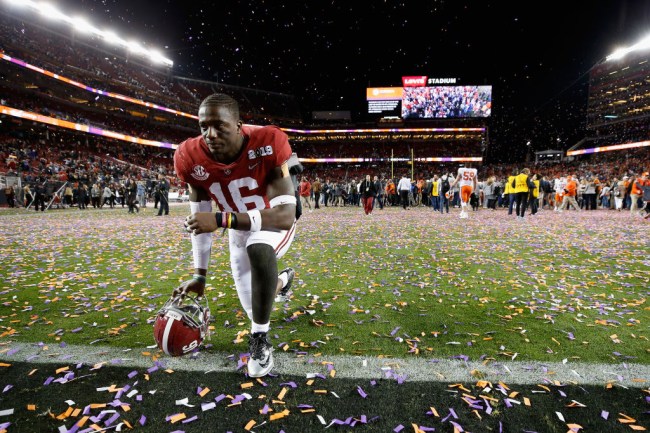 On Monday, millions of people tuned in to watch the top-ranked Alabama Crimson Tide take on Clemson as the Tigers tried to overcome the odds and secure their second championship of the College Football Playoff era.

It seemed like the game would be a shootout based on the first few possessions, but thanks in no small part to Trevor Lawrence and his luscious locks, Clemson would seize control of the game on their way to rolling to a 44-16 rout.

As confetti fluttered around the field, players and coaches were quick to don the celebratory shirts and hats that were produced on the off-chance the Tigers would be able to pull off the upset. 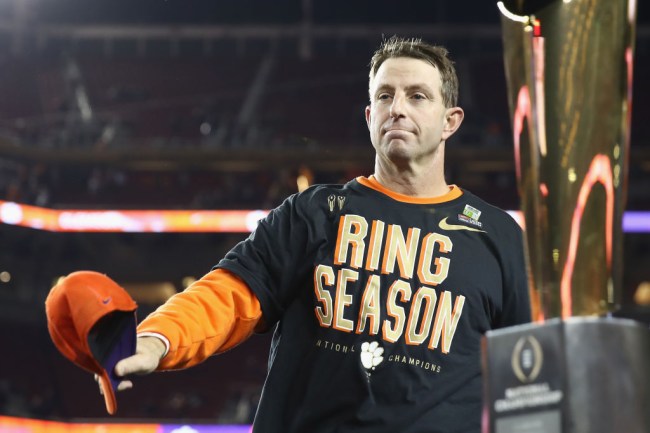 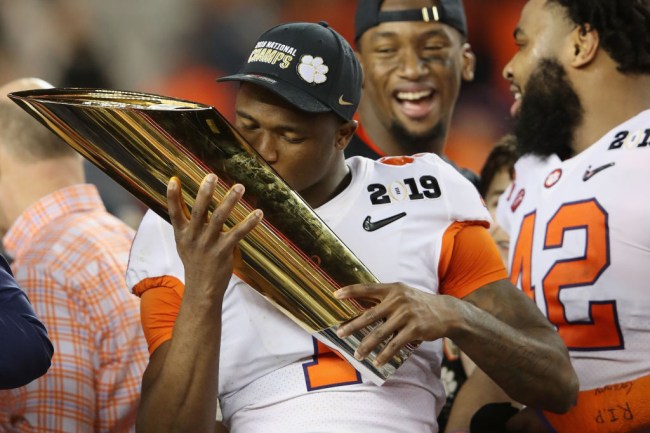 Of course, this meant there were boxes of Alabama championship gear destined to be shipped to the same places where people in need rock clothing celebrating the Buffalo Bills Super Bowl XXV victory.

In some places, the ball never went wide right.

Thanks to the loss, Crimson Tide fans will have to wait at least another year if they want to add some more national championship swag to their wardrobe. However, it appears some people in Alabama didn’t get the memo.

According to USA Today, a radio station in the state aired an ad urging Bama fans to flock to Academy Sports stores to pick up some championship gear in celebration of the non-existent victory.

Here is the commercial currently running on @WJOX945 here in Birmingham.

For the record, I would 100% rock some of this gear ironically if given the chance, so if anyone reading this is in a position to get their hands on some of it before it’s shipped off to some impoverished location feel free to hit me up.