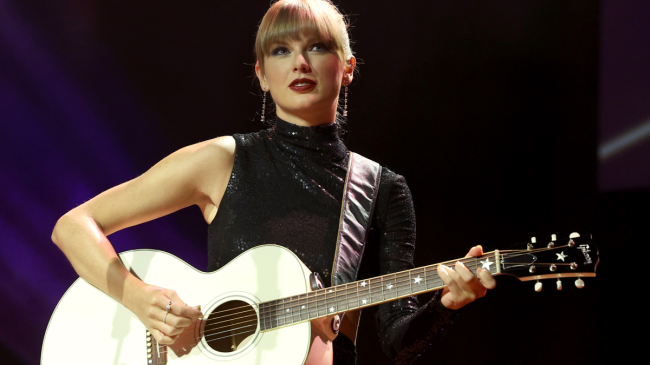 The Thursday Night Football product has been downright bad this season. There’s no other way to put it.

The last two weeks, in particular, have had fans talking more about boredom than excitement. It’s been so bad that we’ve seen sportsbooks pay out bets early. There have been football accounts giving fans reasons not to watch games. Even the TNF broadcast crew members have threated to retire after seeing the poor product on the field.

There have been just 40 points scored over those last two TNF games, with only two touchdowns being recorded. It doesn’t appear to be getting any better this Thursday night with the Saints and Cardinals entering on their own unique losing streaks.

With that said, it seems that Amazon is looking to create excitement outside the game.

The pop star posted a video online saying that she’ll make an appearance on Thursday Night Football to promote her upcoming album, Midnights.

“Hey guys, it’s Taylor. If you tune into the Thursday Night Football game on Amazon Prime, I’m going to be showing a first look at the secret projects that I’ve been working on very hard, for a very long time, getting ready for the Midnights album. And you would see it before the Midnights album came out. So… meet me there?”

Midnights will be Swift’s 10th studio album, and the tease will be sure to drum up viewership from both football and non-football fans. It’s not the musician’s first run in with the NFL. Swift reportedly turned down an offer to perform at the 2023 Super Bowl earlier this year.

While it could draw more eyes to the broadcast, many football fans are taking the announcement as an opportunity to troll Amazon.

Mike Golic, Jr. wrote, “Goodell and Bezos found a savior for these bad TNF games,” after seeing the album teaser. He wasn’t the only one thinking it.

Goodell and Bezos found a savior for these bad TNF games https://t.co/PsUNQpnZ2v

Another person commented, “Amazon views down so bad during TNF they had to bring in Taylor Swift to up the ratings.” It was an opinion shared by many.

When TNF has been so bad they have to put a Taylor Swift album drop in the middle to make it watchable https://t.co/D0TCf3QDFV

While this has sparked some attention for this week’s TNF broadcast, at some point, the product on the field will need to get better to keep viewers interested.