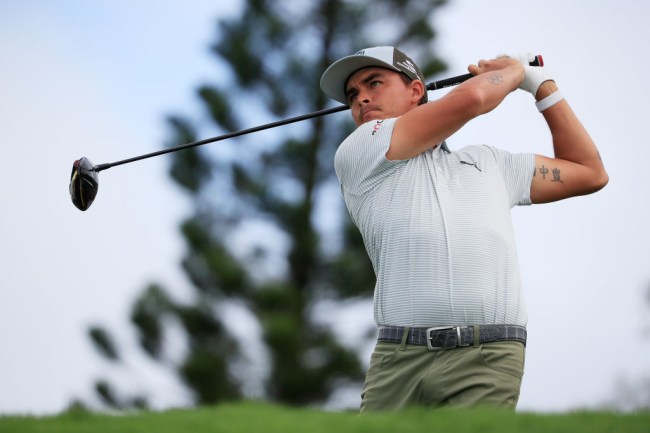 The PGA Tour moves on from a windy Hawaii and heads to Palm Springs this week for The American Express.

We’ve also hit the point of the season where we’ll see a number of multi-course events as this week’s American Express will take place on three different courses. Golfers will also be paired with amateurs for the pro-am portion of the tournament as it will be foursome pairings with two professionals and two amateurs in each group.

The Stadium Course at PGA West will serve as the host course this week and as its name implies, this Pete Dye-designed track has many similarities of TPC Sawgrass. It will also be the hardest test this week compared to the Nicklaus Tournament Course at PGA West and La Quinta Country Club.

All three courses play as Par 72’s, while La Quinta and the Nicklaus Tournament Course will be where players will have the best shot at taking it low. La Quinta is a narrow track, but the course record of 59 held by Adam Hadwin speaks for itself as to how players can attack here.

You’ll see bermuda grass with ryegrass overseed at all three courses throughout the week.

Adam Long won here last year when the tournament was called the Desert Classic, with a four-day score of 26-under.

He hasn’t teed it up here since 2016 and missed the cut that year, but it’s tough to overlook the fact that Finau can overpower these courses and certainly has the ability to take things low.

Finau’s lone event in 2020 came this past weekend at the Hong Kong Open where he finished fifth, so he’ll be looking to get off to a great start in his first event of the new year States-side.

Prior to helping the U.S. win the Presidents Cup, he posted a T-10 finish at the Hero World Challenge in early December.

Strokes gained: tee-to-green will be a key stat throughout the week and Finau sits atop the Tour in that stat in the new season and finished 21st in the category last season.

Sticking with guys that can overpower golf courses, Kokrak absolutely hammers the ball. Add that to the fact he finished T-18 here last year and T-8 the year prior, you have to like his chances on these shorter tracks he’ll see this week.

This will be his first start on Tour in 2020, but turned in a T-8 finish at the HSBC Champions at the start of the Fall swing and finished T-2 in the QBE Shootout team event last month.

So far this season he ranks second on Tour in average driving distance (323.1 yards) and finished 30th on Tour a season ago in birdie average with 4.04 per round.

He didn’t show much in the Fall swing with his best finish being a T-26 at the CJ Cup at Nine Bridges, but one positive to his game so far in the new season has been around the greens as he ranks 51st on Tour in strokes gained: around the green.

While the rest of his stats aren’t the strongest, Kim is the type of player that if the putter gets hot or he finds something with his ball-striking throughout the week, he can pile up birdies. He finished 22nd on Tour a year ago in birdie average with 4.22 per round.

With these extremely long odds, it’s tough not to circle his name this week.