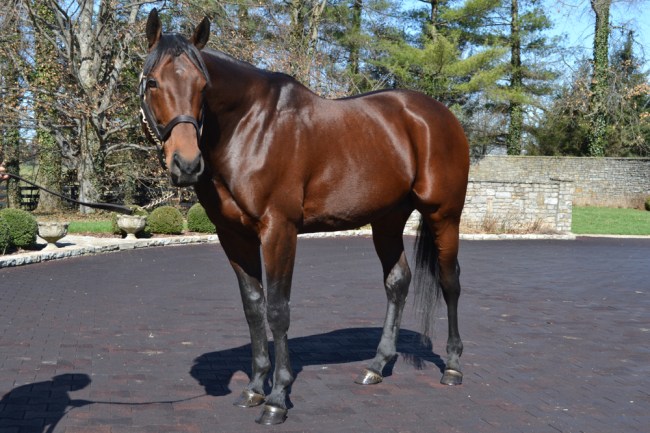 American Pharoah’s breeding rights were sold for an undisclosed amount back in 2014, and after 2015’s historical racing year the horse retired to a life of having sex multiple times per day and making tens of millions for the owner. The breeding rights were sold to Coolmore Stud who reportedly gets paid $200,000 for every successful impregnation, and American Pharoah has a reported ‘strike rate’ of 80%. The horse breeds up to 3x per day and is capable of making up to $40 million/year according to this Sporting News article from 2015 that’s been updated every year:

In the fall, stallions are “booked” for the spring, but not necessarily on specific dates. Breeders only pay the stud fee when the mares produce a foal that can stand on its own 11 months later. Last year, Tapit sired about 130 foals, Hernon said. This year, with a stud fee of $300,000, he could net nearly $40 million.
Once breeding season begins, mares are closely monitored by their veterinarians. They look at ovulation cycles and forecast what day would be best for impregnation. The stallions, on the other hand, just do their thing, day in and day out.
“They can hear the vans pull up with the mares,” Fitzgibbon said, “and they know what’s happening.”
It will be a few years before any of American Pharoah’s children are in action. Horses begin training and racing as two-year-olds, but his foals won’t even be born until early in 2017. They’ll be yearlings — the most common time to be sold — in 2018, and will begin running in 2019. They could hit the Triple Crown circuit in 2020. (via)

If anyone ever tells you that investing ALL of your money in a racehorse is a bad idea you should just remind them that horse can get paid $200,000 80% of the time it has sex if that horse just so happens to grow up and be the best racehorse in decades. With $40M/year at the end of the tunnel, it seems like a solid investment to me.