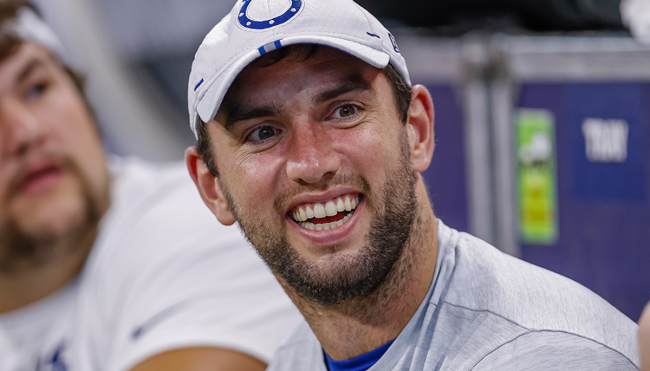 One of the first things they teach in journalism school is the importance of focusing on the most intriguing aspects of whatever you’re tasked with covering in order to avoid “burying the lede,” which refers to the practice of hiding the most vital elements of a story deep inside an article or piece about it.

As someone who stumbled into a career in writing, I normally try to stray away from criticizing people who actually earned a degree in the subject after spending years studying the craft. However, it’s impossible for me to stay quiet after coming across one of the most egregious examples of journalistic malpractice I’ve ever encountered courtesy of a newspaper in Colorado.

Earlier this week, The Summit Daily News published an article about Andrew Luck surprising the varsity football team at Summit High School in Breckenridge last month. It’s actually a pretty cool story, as the retired quarterback received an invite to stop by a practice after meeting one of the team’s assistant coaches while vacationing at a nearby ski resort over the winter before giving him a call in July to see if the offer was still on the table.

However, the author who wrote it somehow managed to devote more than 1,000 words to recapping the visit without a single mention of what is objectively the biggest revelation: Andrew Luck is apparently a big fan of zip-off cargo pants.

Respect Andrew Luck still having the pants that turn to shorts in 30 seconds that we all had in 6th grade pic.twitter.com/gZ64AVTbgj