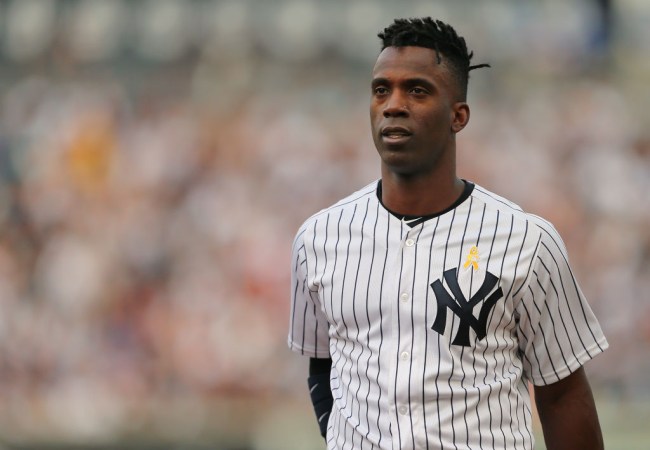 In 1973, former New York Yankees owner George Steinbrenner decided that if the team wanted to start winning championships again, they also needed to start shaving their beards. He implemented a rule (which still stands today) requiring every person in pinstripes to be clean-shaven and have any long hair either trimmed or slicked back because everybody knows that is the real secret to becoming a better ballplayer.

After seeing players get fined for having hair longer than deemed appropriate, famous hothead manager Lou Pinella challenged the rule and justified his reasoning by saying Jesus had long hair so players should be allowed to as well. Steinbrenner reportedly responded by saying, “If you can walk on water, you can have long hair., a feat no Yankee player has been able to achiever.

However, the debate is far from dead, as former Yankee and current Phillies star Andrew McCutchen recently revived the discussion during an appearance on The Sports Bubble Podcast (the conversation starts around the 10:35 mark).

The outfielder trimmed his signature dreadlocks for charity before he was traded to the Yankees in 2018, so long hair wasn’t an issue for his brief stint in New York. However, that doesn’t mean he thinks the rule is okay, as he revealed who would’ve had a hard time parting with them if the only cause it was for was the right to play baseball:

“Those policies—shaving, letting the jersey speak for itself—I definitely do think it takes away from our individualism as players and as people. We express ourselves in different ways.

For me, when I was on the Pirates and had my dreadlocks, I’d be lying to you if I said if I had gotten traded over to the Yankees and had to shave my hair, for me, that would have been a very tough thing for me to do. Because that was who I was. That was how I expressed myself.

I feel like maybe there should be some change there in the future—who knows when—but it’s just one of the many things in this game that I feel that there just needs to be talked about.”

In my eyes, McCutchen is always going to be a cool dude regardless of his hairstyle or whether or not he’s rocking a beard. Not only is he a phenomenal player, he’s also proven to be hilarious thanks to things like his Topps baseball card and social media presence. If you’re not familiar, I urge you to Google “Andrew McCutchen Uncle Larry.” You can thank me later.