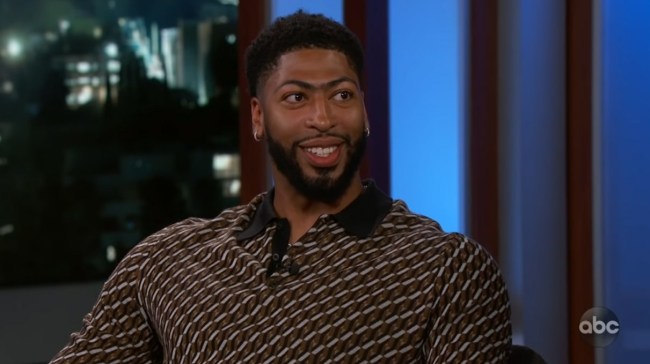 We haven’t heard a lot out of Anthony Davis directly since he was traded to the Los Angeles Lakers last month.

He did speak with the Los Angeles Times following the announcement that he would be on the cover of this year’s NBA 2K20 video game and said his admiration for LeBron James was one of the key reasons why he chose the Lakers.

Tuesday night, however, we actually got to see Davis in the flesh on Jimmy Kimmel Live, discussing things like how he heard the news about the trade, how LeBron reacted to the news, what Taco Tuesdays at the James house is like, his role in Space Jam 2, and how he went about choosing a new number when he found out Nike wouldn’t let LeBron drop the number 23 next season. 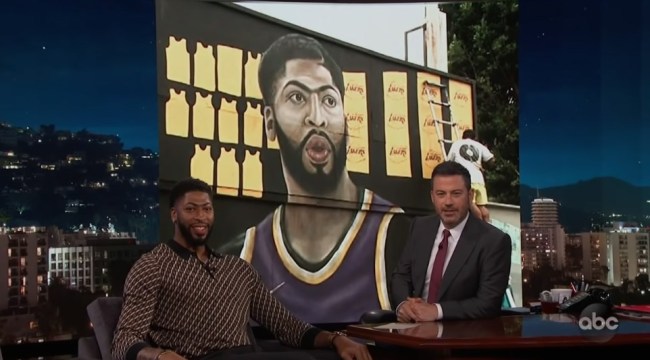 “It was my elementary school number, the first number I ever played basketball in,” said Davis. “But honestly, I just chose No. 3. I went on 2K, the video game and I couldn’t choose a number, they’re like you can’t pick 23, so I’m literally in my living room, on the video game, going to myself, ‘Edit Player,’ and I’m going through all the numbers. … I saw number 3, and I was like, this takes me back to elementary school where it all started.”

Davis also got a hilarious dig in on Kimmel, telling him that he was watching the movie Downsizing “with the great Matt Damon” when he found out about the trade becoming official.