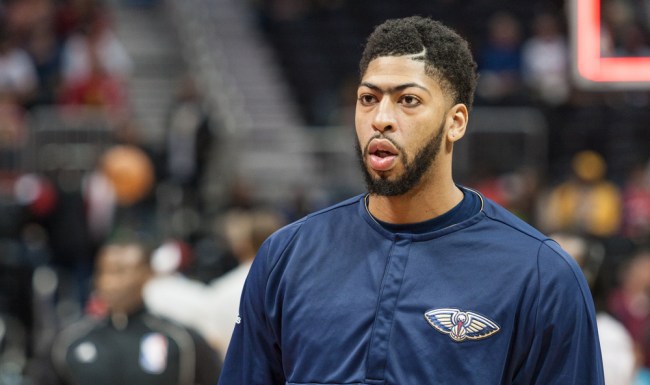 When Anthony Davis first burst onto the scene while playing for the one-and-done factory better known as “the Kentucky Wildcats men’s basketball program,” he managed to make a name for himself in two major ways. The first was harnessing his incredible athletic ability and leading his school to its eighth national championship before being dubbed “Player of the Year” by every basically every organization possible

The second was his literally trademarked unibrow.

Davis was the first pick in the NBA Draft and has quickly become a standout player in the league, and his trusty unibrow has been with him the entire time. Instead of shunning it, he’s embraced it, and the potential source of his powers has already secured a place in the NBA Facial Hair Hall of Fame right between Larry Bird’s mustache and James Harden’s beard.

However, there could soon be a dramatic shift in the natural order of the universe thanks to something as simple as a Twitter poll.

On Wednesday, Davis took to Twitter to ask fans if he should take a razor to his iconic unibrow.

Should I shave my brow?

As of this writing, the results of the poll were split 51-49% in favor of Davis shaving, but I beg everyone reading this to vote “No” because there’s no certainty in what happens if he does. It’s kind of like when CERN ran the Large Hadron Collider for the first time— for all we know, Anthony could open up a wormhole thanks to what might just be a publicity stunt for a razor company.

However, if he does end up shaving off his unibrow, I can only hope he’s kind enough to donate it to someone in need of one.