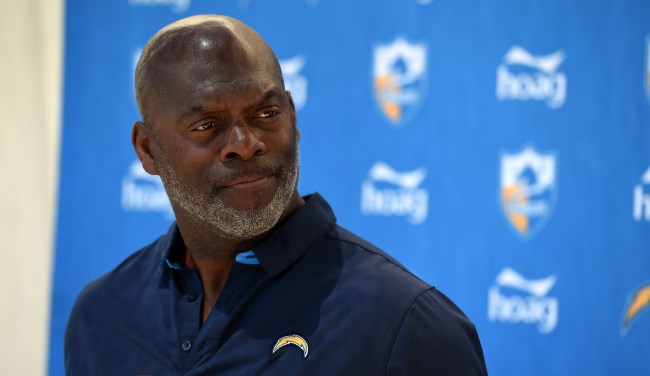 Los Angeles Chargers head coach Anthony Lynn has been watching what’s been going on in the wake of the death of George Floyd, but rather than just make another statement like countless others before him, he wants to do more.

“I’ve read some good statements,” Lynn told L.Z. Granderson of the Los Angeles Times. “I read Brian Flores from the Dolphins and I agree 100 percent with him. I read Doc Rivers’ statement and those guys spoke from the heart. I think statements are needed to bring awareness to the situation. But I want to do something too. I don’t want to just put [a statement] out there because it’s the right thing to do. I want change, so I guess it starts with having this conversation and talking things out. In 1992 I remember watching L.A. burn and here we are in 2020 and I’m watching it again and it just hit me: nothing has changed.

“I haven’t done anything to make this a better place for my son. I remember having the talk with him when he was 16 about how to handle police and then at age 30 I called him up and just had the talk with him again because I’m so scared. I want to do something but to be honest with you, I don’t know what that is.”

"In fact, I was pulled over not too long ago. The lights come on, I pull over and the first thing the police officer asked [was] if I was on parole or if I had ever been to jail." 👀this convo between the @Chargers' Anthony Lynn and @LZGranderson: https://t.co/20F4GZ8kzf

Lynn also said that he believes Colin Kaepernick should never have been (allegedly) blackballed from the NFL.

“I know when you look at 32 quarterbacks in the National Football League, Colin could have been one of the 32. If not, he could have been a quality backup. For me being an African American head coach, this is tough.”

He doesn’t explain why the Chargers never signed Kaepernick, even as a backup. He did say recently that the team looked into signing Cam Newton, but their quarterback room is already too crowded. Perhaps that was the case in previous seasons as well.

Lynn did add, “The Chargers have done more in the community than just about any organization I’ve been with. I’ve been out in the community, talking with Mayor [Eric] Garcetti and I’ve been to the juvenile detention centers to encourage young men to do something positive with their life when they get out, and City Council people about making L.A. a better place. But this stuff that’s taking place with police brutality and unarmed black men dying and white people feeling like they can use their privilege to threaten black people like that white woman did in Central Park, that’s ridiculous. How do we effect that type of change? Where’s the accountability for that kind of [expletive]? That’s where I’m at right now. I’m angry, I’m pissed off and I don’t want to just put out a pretty statement.”

The @Chargers coach told @LZGranderson he joined the protests in Huntington Beach because he was tired of feeling "like a spectator." pic.twitter.com/ihvR202KVO