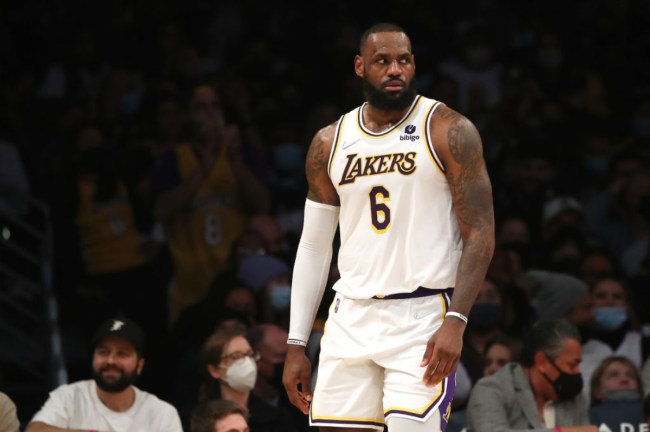 On paper, the LeBron James and Russell Westbrook duo look terrifyingly lethal. In reality, the two have been flat-out bad together.

James is having another MVP-caliber season despite things crumbling around him. Westbrook, on the other hand, has been abysmal since the calendar flipped to 2022 as he’s on his way to having perhaps the worst season of his career.

Westbrook is making $44 million this year and is shooting a cool 32% from the field in 2022 while scoring less than 14 points per game. Los Angeles has lost four of its last five heading into Friday’s matchup with the Magic, and it has quite a bit to do with Westbrook’s lack of productivity.

Anthony Morrow, a former teammate of Westbrook’s in Oklahoma City, seems to have a solution to the Lakers’ issues though.

According to him, LeBron is the one that needs to fix Westbrook, not actually Westbrook himself.

Russell Westbrook Just Has To Be Dwyane Wade, That’s All

It’s honestly pretty simple, all James has to do is to get Westbrook to play like Dwyane Wade did during his heyday with the Heat and everything will fall into place.

“Bron has to somehow figure out how to make Russ a Dwyane Wade from the Miami days,” Morrow said on SiriusXM NBA Radio. “He’s got to put him in that position. I ain’t know how it’s going to work, but that’s the only way that it’s going to work because I know what kind of player Russ is. I know his pedigree.”

“LeBron is gonna be LeBron on any team in the world…Russ is not one of those dudes who’s gonna be able to change his game, especially at this point in his career.”

There’s quite a bit to unpack there, but it sounds like Morrow thinks LeBron is the one that needs to do the adjusting so Westbrook can actually play like his old self, or primetime D-Wade.

Man, the second half of the Lakers’ season is going to be fun to watch.