Anthony Scaramucci: Gisele May Have Rejected Tom Brady’s White House Visit Due To Past Relationship With Ivanka 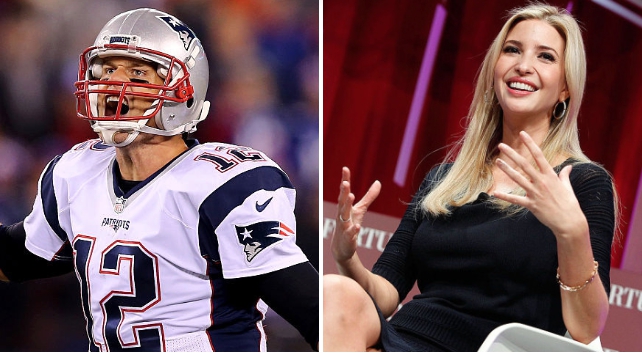 “Personal family matters” was the reason Tom Brady cited for not attending the Patriots White House visit in April. Brady would have been a lunatic to attend, as this perceived show of support for Trump would have inspired the media to pry a political discussion out of a man who only cares about football and avocado ice cream. Brady would later say that he was celebrating his parents’ 48th wedding anniversary, which seems like a trivial occasion to be celebrating when the alternative option is visiting the White House for your fifth Super Bowl victory.

Well former White House communications director Anthony Scaramucci aka the Mooch offered a juicier reason for Brady’s absence. In a roundabout way, Mooch implied that Gisele was “possessive” over Tom due to an alleged previous relationship between Tom and Ivanka.

“What I did say is somebody should ask Gisele why Tom Brady didn’t show up at the championship party,” said the former Goldman Sachs executive. “My guess is, which is typical, there could be a little bit of jealousy there and protection and possession of Tom Brady, and she probably didn’t want him to go.”

“Maybe there was a relationship between him and Ivanka at some point. Maybe it was someone else, I don’t know. I just think there was a possession that caused a rub.”

It should be noted that President Trump has always been an advocate of Brady slapping skins with his daughter. He once said that Brady is the only guy who is good enough for his daughter and in 2004, he told Playboy that the quarterback and his daughter “would make a great combination.”

Can’t miss with either.