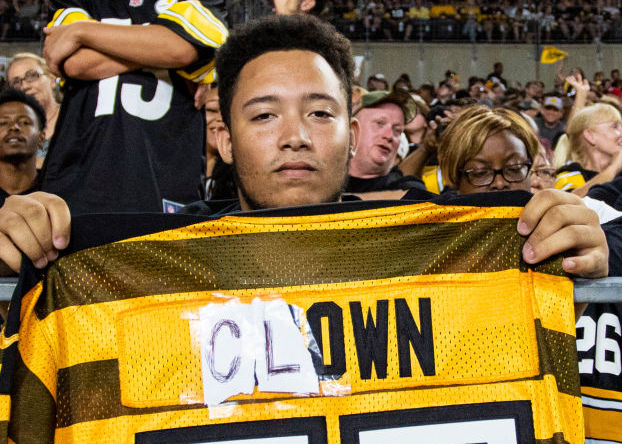 Antonio Brown was supposed to get off to a fresh start when he was traded to the Raiders following a falling out in Pittsburgh but it’s safe to say things didn’t exactly pan out as intended in Oakland.

The wide receiver found himself at the center of attention thanks to frostbitten feet and ill-fitting helmets and would eventually be released by the team before he was given yet another opportunity to start anew when he was picked up by the Patriots.

It initially looked like Brown was going to be on his best behavior but that all went to shit when he found himself at the center of multiple sexual misconduct allegations before New England decided to cut him loose.

It’s safe to say Brown has had far too much free time on his hands since then, and over the past month or so, he’s made questionable use of it by repeatedly going on lengthy tweet sprees in which he’s floated conspiracy theories about getting blackballed, called out Vince McMahon and the XFL, and trolled fantasy football owners who made the grave mistake of drafting him.

Brown’s saga is one of the biggest stories of this year’s NFL season, and as a result, it’s only natural that some people decided to use it for inspiration for some culturally relevant Halloween costumes in the form of the “Antonio Clown” outfit that seems to be incredibly hot in the streets this year.

Here’s a sampling of what people have shared so far.

#AntonioClown kids get extra candy at my house this year pic.twitter.com/MXh2HJJOjC