Antonio Brown’s Nasty, Frostbitten Feet Get An Explanation From A Cryotherapy Expert 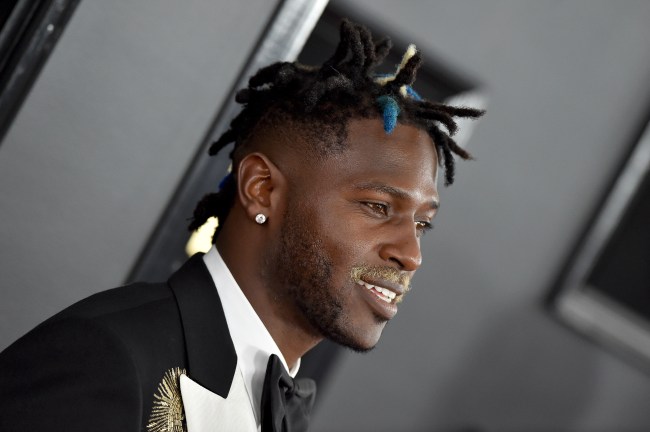 Antonio Brown’s feet are all sorts of messed up after a weird cryotherapy injury. Chances are, by now, you’ve seen the disgusting photos of the Oakland Raiders’ wide receiver’s frostbitten feet, which resemble something out of the walking dead more than an All-Pro wideout looking to prove himself with a new franchise after a messy break-up over the offseason.

Unfortunately, nobody really knows when Antonio Brown will get a chance to put his skills on display for the Silver & Black, as the Raiders’ head coach, Jon Gruden, has said that he’s still gathering details about the strange injury. One thing’s for sure, though, Brown’s Raider career hasn’t gotten off on the right foot — see what I did there?

While everyone waits to see what happens with the healing process — which could take a couple months, according to former Olympic athlete Justin Gaitlin, who experienced something similar in the past — the good folks over at The Ringer talked to a cryotherapy expert to figure out how in the hell something like this even happens? Considering this method is popular among athletes to help their bodies recover, the expert, Michael Conlon, the owner of Finish Line Physical Therapy in New York City, explains what may have gone wrong with Antonio Brown’s feet while the wideout was standing in a chamber of minus-130 degrees. Note: this isn’t the company that Brown used when he sustained his injury.

What’re the benefits of cryotherapy?

Cryotherapy is a nice way to expedite the recovery process. Simply put, it creates a stream of extreme vasoconstriction to the body. The treatment is only about three minutes long. After that, the body realizes that it needs to get more circulation to the working muscles. It increases the nutrients and helps rejuvenate sore muscles by getting blood flow that has more oxygen.

How could somebody develop extreme frostbite from cryotherapy?

We give everybody two layers of gloves. A pair of white gloves, a thin layer, and then a pair of what you’d consider winter gloves. And the same goes for the socks. On top of having a layer of wool, dry socks, we have these booties. To read that story about Antonio Brown was shocking. I don’t know how that went wrong, but we don’t let anybody in without the gloves, two layers, and the two layers of socks and booties.

We’ve been doing this for two years, and never had a problem with the hands or the feet.

Justin Gatlin went in with “sweaty socks”, Why is that a concern?

Say you walk here. It’s 90 degrees, your socks may be a little damp, that’s not really good to have a damp layer against your skin. There may be dampness in there, and it may not feel wet to you. So we give people a towel and ask them to dry their extremities. And people who just worked out, or are just coming out of a shower, they have to make sure their underwear or the liner of the underwear is not wet. If you have the lining or elastic around your waist, make sure that’s dry or folded over so it’s not exposed or touching the skin. There are a lot of precautions you need to take to make sure someone is dry from head to toe. It would never cross my mind to go in or let someone go in without the booties on, to be honest.

What was your reaction to the pictures of Antonio Brown’s feet?

They are pretty bad! It looks like blistering, and it’s gonna get better. But I was shocked when I saw that. You’re standing on risers — he’s not very tall, so he’s probably standing on a riser to get his head out of the tank. The clavicle level should be the top of the machine. So he’s standing on these foam pads, with a leather or pleather lining, and his feet must have been directly in contact with that. Probably wet, maybe he went in at a really cold temperature. The colder the better.

So, there you have it, guys. From the mouth of an expert, he thinks that Antonio Brown had some sort of wet or damp socks on when he went into his cryotherapy chamber, which, as Conlon mentioned, is just about the worst thing a person can do when going into sub-130-degree temperatures. Lucky for the wide receiver, the cryo expert did say it will get better, but, damn, when?

To see the full article and interview with Michael Conlon, head on over to The Ringer.