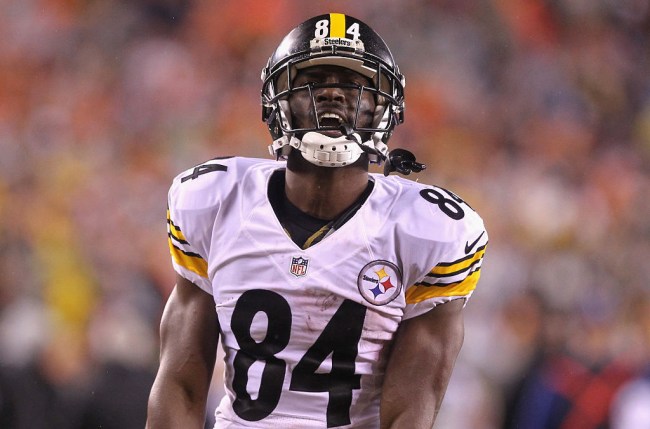 On Monday, I woke up with what can only be described as a third-degree hangover thanks to my decision to start drinking as soon as College Gameday kicked off and not really stopping until the clock hit zero on Sunday Night Football.

As much as I would have loved to stay in bed all day pondering the series of life decisions that brought me to the point I was at, I did the right thing and rallied so I could bring you the content you deserve.

However, there was at least one person who woke up with a case of the Mondays and decided going to work was overrated: Antonio Brown.

According to Pro Football Talk, the wide receiver allegedly ghosted the Steelers yesterday after he was a no-show for meetings at the team’s practice facility a day after their loss to the Chiefs, where he was visibly frustrated on the sidelines after being held to 67 yards on nine receptions.

#Steelers WR Antonio Brown lost his cool on the sideline on Sunday.

At this point, it’s currently unclear if Brown was given an excused absence, but all signs point to his Monday looking a little something like this.

The news comes a day after Brown responded to a fan’s criticism with a “Trade me” tweet that didn’t exactly inspire much confidence amongst the Steelers fan base.

Trade me let’s find out https://t.co/4OeepI78zy

This is not great news for a team who already has a huge problem on its hands in the form of Le’Veon Bell, who is reportedly willing to sit out until Week 10 unless he gets the contract he feels he deserves (if he doesn’t get traded first).

As you’d expect, the internet has reacted accordingly.

When you realize Antonio Brown might want out of Pittsburgh. pic.twitter.com/g2mDUwEEc9

Antonio Brown: “I’m not worried about the Madden Curse.”

There’s no doubt this new development will spark plenty of trade rumors and there’s no denying fans around the league would love to have Brown on their team.

and now we flip josh gordon for antonio brown pic.twitter.com/5Tgsel3uoJ

However, Mike Tomlin says Brown hasn’t expressed interest in being shipped somewhere else (at least not yet).

Tomlin says Antonio Brown has not asked to be traded.

My heart goes out to Steelers Nation during these difficult times.