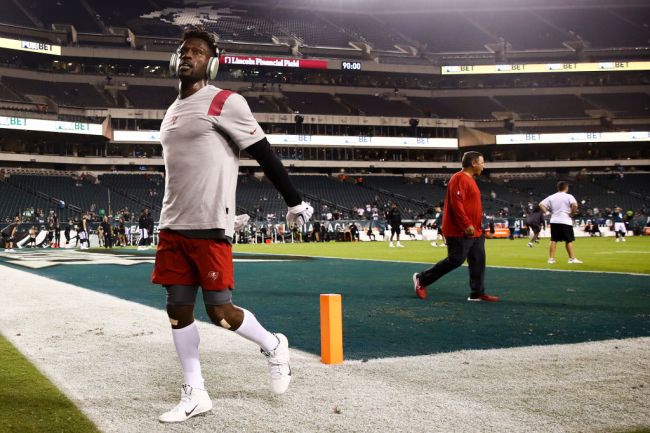 We got some surprising Antonio Brown news this week. Brown announced that he would be serving as the president of Donda Sports. As part of the announcement, Brown revealed the company was spending over $2 million dollars on an owner’s suite at the Super Bowl. According to AB, it’s all for the kids.

“As President, it was important to me to book the Donda Suite for this years SUPERBOWL LVI. This is a game meant to be watched together. This is the love and unity we need to push. THIS IS FOR THE KIDS, OUR NEXT GENERATION!!!”

Last night, Brown took to Twitter to reveal an even more ambitious endeavor for Donda Sports. AB wants the company to buy the Denver Broncos.

Donda Sports want to buy the @Broncos who with me !

It seems unlikely the NFL would ever allow Donda Sports to buy the Denver Broncos, but it would be incredibly entertaining. I mean, could you imagine the hijinks that would ensue as Antonio Brown and Kanye West ran an NFL franchise?

Antonio Brown would try to pull a Jackie Moon and act as team president and wide receiver. Kanye West would attempt to get his team to wear Yeezy apparel at least once a week and then be repeatedly fined by the NFL. The world would at least get a new line of Yeezy cleats out of the deal.

Just think about the potential for a season of Hard Knocks starring Antonio Brown and Kanye West. That would be episode after episode of entertainment.

It’s unlikely we’ll ever actually get to witness this fantastic sitcom scenario, but it sounds like Antonio Brown has dreams of continuing to entertain the football world.