Arch Manning Reveals Which Quarterbacks Influence His Play, Other Than Family Members 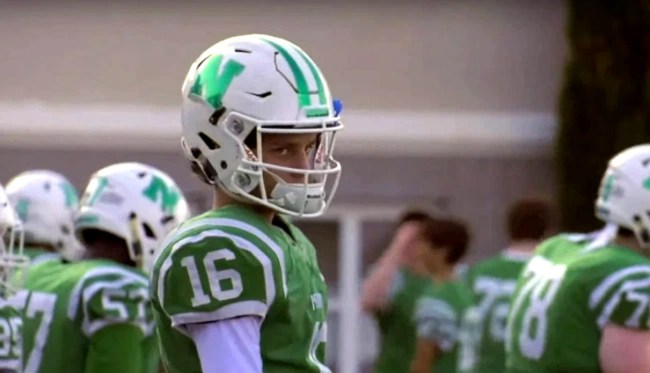 This past Friday, Arch Manning spoke with 247Sports.com about some of those influences that have helped him be so successful during his first two seasons of high school football.

“I’m just really proud of what we’ve been able to do on offense, spread the ball around and I think I’ve been well coached with Coach Stewart and the rest of my family,” said Manning. “The only way is up from here.”

So who does he try to emulate as he prepares and when he’s out there on the football field?

“Obviously I watch my uncles and my grandfather,” Manning said. “They’re the ultimate competitors. I mean the way they go about their business, Peyton the way he attacks the film room and outside of football and then Eli the way he can be clutch and never really get fazed, I look up to that a lot and take after that. My grandfather especially, he’s a little different with the way he played quarterback from his two sons, he can scramble around the pocket and how he kind of respects the game. He’s been around awhile and keeps up with everyone and he’s just a great guy and great guy to have in the football community.”

Arch also credits his dad Cooper Manning who advises him to “keep it fun and not take it too seriously.”

Outside the family, Arch Manning’s heroes shouldn’t be terribly surprising for a kid his age: Patrick Mahomes and Trevor Lawrence.

“Just how they impact their own offenses so much,” said Manning. “Mahomes can make every throw on the field with his dramatics and moves around and Trevor he just reminds me a lot of Peyton. He has total command of the offense. Those two things I like to put in my game for sure.

“That’s one thing I’m still working on. I think going into junior year even being more of a leader, I’m just really excited. I want to take full command of the huddle and be a leader on and off the field and the ultimate goal is to win and get the ball in the end zone. That’s what we’re looking for more of.”

As for the one question on just about every college football fan’s mind, where is he going to go to college? He still hasn’t decided.

247Sports.com reports that the current top 10 schools in the hunt for his services include Alabama, Boston College, Duke, Georgia, LSU, North Carolina, Ole Miss, Tennessee, Texas and Oklahoma. They also mention schools like Clemson and Stanford as possibly being in the mix.

“I think this summer will be a good chance to go visit some colleges,” he said. “I’m real excited about that because right now I’m just talking over the phone and just building some relationships. I think it would be good to go visit some campuses. We haven’t made any decisions but I’d like to go check out a lot of colleges. I have no idea where I could end up.

“I’m looking for a place that’s like a family with good surroundings, great coaches and good players and really puts you in the opportunity to win. I think anywhere right now, I’m not singling out anywhere.”