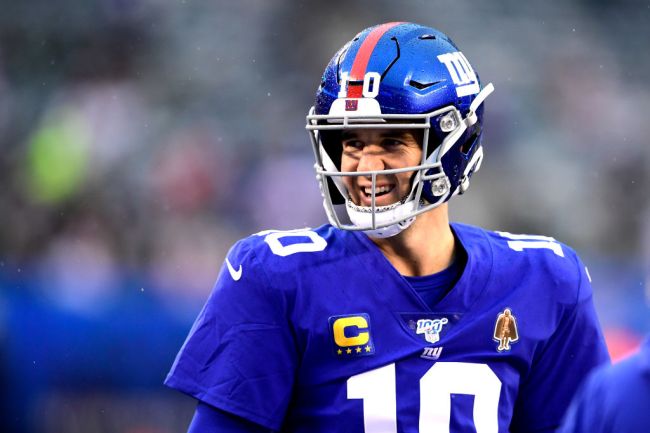 During his first year of retirement, we saw Eli Manning pop up here and there in the media world, but now he’s diving in headfirst with his own show on ESPN+.

The 40-year-old two-time Super Bowl champ is following in big brother Peyton’s footsteps and hosting ‘Eli’s Places,’ which will likely be very similar to ‘Peyton’s Places,’ but with a focus on college football.

Eli made the announcement on Twitter saying that he’s “excited to go back to school” in a teaser video sitting alongside Peyton.

I am looking forward to the next College Football Season and going back to school to tell College’s Football’s story on Eli’s Places. Next fall on ESPN+. pic.twitter.com/qm5DdlGLG2

While Peyton has been extremely successful after retiring from the game, Eli is undoubtedly the funnier, more laid-back person between the two which should translate well on the show. Just imagine the episode they film with Eli walking around Oxford on an Ole Miss gameday and him (hopefully) becoming just a bit more noticeably buzzed from the beer or brown water he’ll 100% be drinking throughout the episode.

Peyton has reportedly been building his very own media company called Omaha Productions. Eli’s new show will reportedly be a part of that.

“Omaha Productions is his main focus,” the NY Post reported. “He is building on his role as the executive producer of ‘Peyton’s Places’ by overseeing similar shows with retired star athletes. He will team with David (Papi’s Places!) Ortiz on baseball, Ronda Rousey on MMA, Abby Wambach on soccer and his brother Eli on college football.”

Former professional athletes that also happen to be entertaining in front of the camera essentially creating their own network of TV shows sounds like a very solid plan.