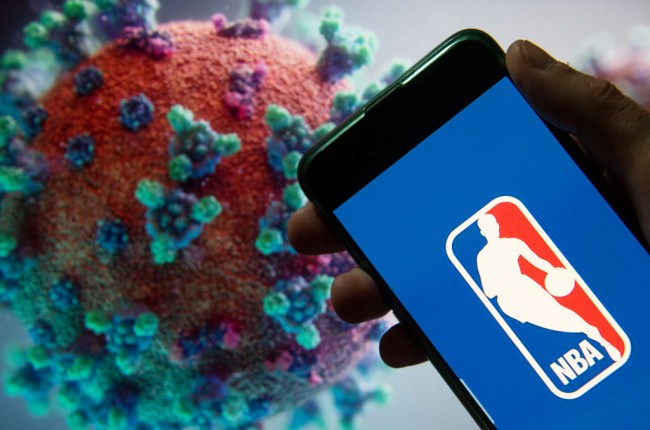 As things currently stand, the NBA season will get back underway in Orlando on July 30 over four-and-a half-months since Rudy Gobert got absolutely obliterated by a tractor-trailer full of karma when he was diagnosed with the illness he’d opted to mock and sparked a chain reaction that brought the world of sports to an abrupt halt.

After spending a couple of months trying to figure out how to salvage the rest of the season, the league decided the best option was to have 22 teams converge at Walt Disney World Resort, where they’ll play eight games to firm up the playoff picture before proceeding to a postseason that will follow the traditional format we’re all accustomed to.

However, a few roadblocks have popped up since the plan was revealed that have put the season in jeopardy yet again, with trouble first arising when a number of black players suggested being contained in a bubble to provide the masses with entertainment (and the league with revenue) while people around the country protest racial injustice wasn’t the best look.

There’s also been some concern about the location the league decided on, as Florida has seen a huge rise in COVID-19 cases in recent weeks and the state’s governor appears to be covering his ears, closing his eyes, and loudly yelling “LALALALALA!” based on the zero measures he’s taking to combat the spike.

Still, no players had officially announced their intention to skip the rest of the season but that all changed on Monday when Wizards forward Davis Bertans revealed he won’t be making the trip in order to avoid being injured while playing for a team sporting a 24-40 record that has no shot at winning a championship.

Reporting with @TimBontemps: Washington Wizards F Davis Bertans has decided to sit out the Orlando restart, sources tell ESPN. Bertans is entering free agency off of his most productive NBA season – with two ACL injuries in his past.

Sitting out is preventive measure, which Wizards fully support. Franchise is treating Bertans as a top offseason priority in free agency. Bertans — 16 PPG, 42 percent on 3's — still expected to participate in pre-Orlando training with team. https://t.co/vjIrWXu8wk

On Monday evening, Trevor Ariza revealed he’ll also be declining the invitation in order to take advantage of a monthlong visitation period with his 12-year-old son that he was recently granted amidst a custody battle with his mother.

Portland Trail Blazers forward Trevor Ariza is opting-out of participation in the NBA’s Orlando restart of the season, committing instead to a one-month visitation window with his young son, sources tell ESPN.

Sources: Ariza has been involved in a custody case over his 12-year old son, and mother’s choice of granting a court-ordered one month visitation period during league’s quarantine of teams in Orlando left Ariza to choose those parenting responsibilities over competing in restart. https://t.co/STYQi2RGDW

Prior to that announcement, Wojnarowski appeared on SportsCenter and said there was a very good chance Bertans was just the first domino of many that could end up falling, which was a pretty good call based on the Ariza news that arrived shortly after.

There’s still a long way to go until the end of July, but if cases in Florida keep trending the way they are, I don’t think it’s too much of a stretch to think some guys who play on teams who were all but cropped out of the playoff picture before the new format was unveiled will prioritize their health over some virtually meaningless contests.

The NBA may want to strap in now because I have a feeling it’s in for quite a bumpy ride over the next month.