Congratulations To The Arizona Diamondbacks, Now A Historically Awful Team 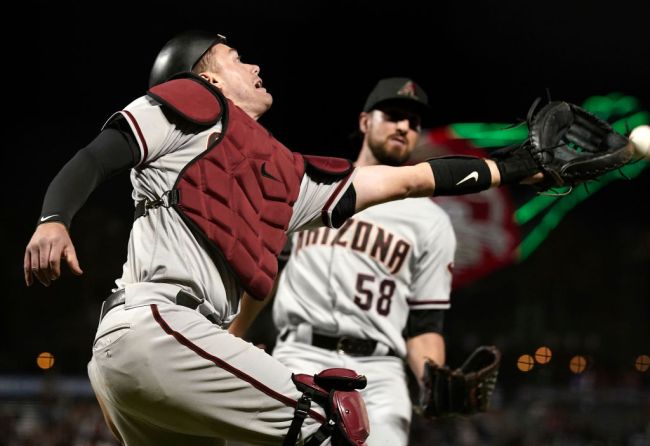 By no means were expectations high for the Diamondbacks heading into this season after going 25-35 during last year’s shortened campaign finishing last in the NL West, but it’s hard to imagine anyone seeing the D’Backs slump to this sort of level.

The Diamondbacks’ 13-7 loss at San Francisco on Wednesday night marked their 22nd straight loss on the road. They join the 1963 Mets and 1943 Philadelphia Athletics as the only other team to lose 22 straight away from home. Arizona is a whopping 9-30 on the road this season and 11-19 at home.

The luck has to turn for the Diamondbacks soon, but the 22 straight L’s are obviously weighing on the club.

“It’s really hard because we’ve been working hard every day,” third baseman Asdrúbal Cabrera said after the loss to the Giants, according to NY Post. “I feel bad for me and my teammates because I know we’re working hard.”

While the team’s loss on Wednesday was tough after jumping out to a 2-0 lead, it doesn’t compare to their loss the night prior when Arizona led 7-0. San Francisco’s Mike Yastrzemski hit a grand slam with two outs in the eighth to hand the Giants a 9-8 win.

Arizona manager Torey Lovullo is delivering typical coach-speak, but after 22 straight losses on the road, I don’t think there’s anything clever you can actually say about the situation.

“This is obviously nothing that we ever expected, nothing that we’re proud of, and we can’t reverse anything that’s happened over the past 40-plus days,” Lovullo said. “We’ve got to find a way to win a baseball game tomorrow.”

The Diamondbacks have a shot at snapping the streak against the Giants on Thursday afternoon before having the pleasure of welcoming the Dodgers to town over the weekend.