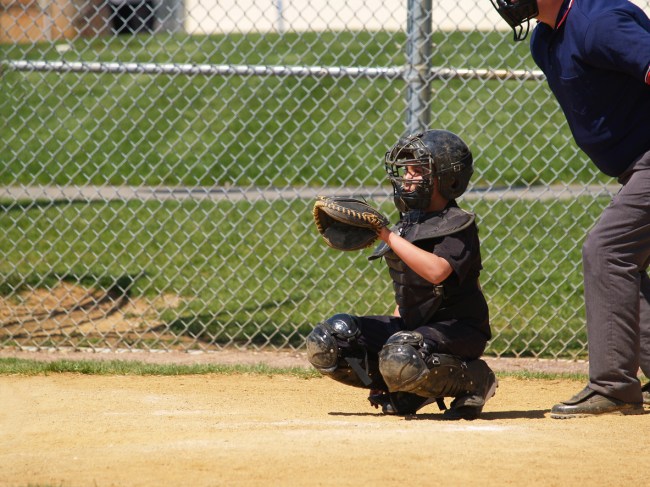 Armani Silva is the most electric little league baseball player you didn’t know about until now. The Los Angeles-based baseball prodigy plays all over the field for the Dodgers. No, not those Dodgers, but the 9U version.

He is an absolute electric factor on the diamond.

First and foremost, Silva is a utility player. He can do it all.

Earlier this year, Silva recorded his second-career 10-strikeout game and was throwing straight cheddar. Opposing hitters had no idea what to do with his stuff.

However, Silva mostly plays behind the dish. He is a very talented catcher who never stops putting in the work.

And the same goes for when he has a bat in his hand. Silva can mash. When he gets on his horse on the base path, there is no telling how many bags he might take— if not all of them, like he did earlier this month.

Wile Silva is a talented player, it’s his personality that makes him really stand out. He recently had his entire team — and the umpire — hitting The Griddy before a game. (Shoutout to the ump, by the way. He’s exactly the type of person we need to be involved in youth sports.)

Most recently, Silva went viral for hitting a solo dance in between innings.

As the Dodgers waited for their opponent to step into the box, Silva hit ‘La Chona’ behind the dish, much to the delight of everyone in attendance.

Having fun is obviously the most important part of Little League baseball. Silva’s got that down. He’s also on his way to becoming a star if he can keep up his dominance as a hitter, fielder, catcher and pitcher.