Despite Deshaun Watson Being Sued By A 23rd & 24th Accuser, The Browns Don’t Want Baker Mayfield Anywhere Near Mandatory Minicamp 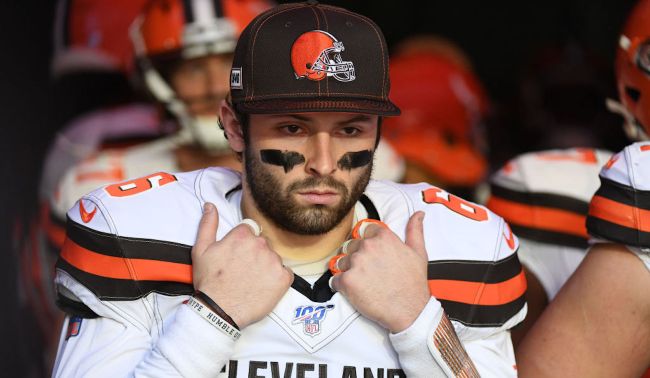 In typical Cleveland Browns fashion, the circumstances surrounding controversial quarterback Deshaun Watson have arguably gotten worse since they traded for the QB and invested hundreds of millions of dollars in him.

Not only has the 26-year-old signal-caller — who was already being sued by an astounding 23 women for sexual misconduct — sued by two more accusers, but a recent New York Times report from earlier this week revealed that the Clemson University product met with an astounding 66 masseuses over the course of a 17-month period, which is almost four different masseuses per month.

Despite all of this, though, the Browns would still rather have Watson in their building — because, you know, #talent — than former #1 overall pick Baker Mayfield, who will NOT be attending the Browns’ mandatory minicamp in the coming weeks.

The Cleveland Browns are excusing Baker Mayfield from mandatory minicamp

According to multiple reports, the Browns have now revealed their decision. Mayfield has been excused from taking part in the sessions in what the team called a mutual decision and he will not be fined for missing any sessions.

Mayfield has not taken part in any work with the Browns since they completed a trade for Deshaun Watson in March. Attempts to move Mayfield to another team have thus far been unsuccessful, which leaves his $18.858 million salary for the 2022 season on Cleveland’s books and leaves the first overall pick in the 2018 draft in limbo until a development arises that pushes him to another team. [via Pro Football Talk]