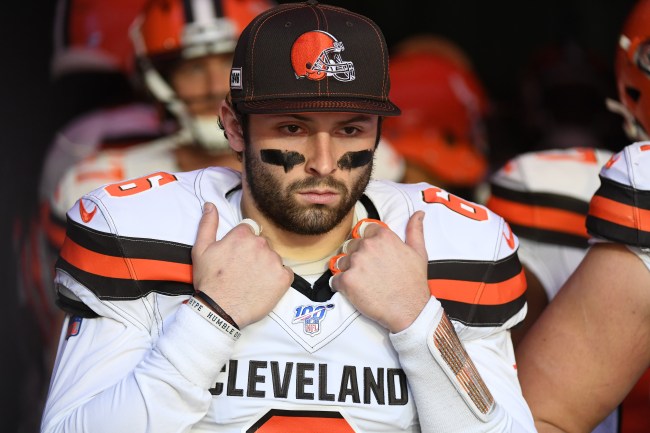 Baker Mayfield has had a change of heart when it comes to what he plans to do during the anthem in this weekend’s Browns’ season-opening game.

During the offseason, Mayfield said that he was going to “absolutely’ be kneeling during the anthem and didn’t care if lost fans as a result of his decision.

Mayfield went on to double down on why he was going to kneel while speaking to the media in August.

#Browns QB Baker Mayfield took some heat after saying he's "absolutely" kneeling during the anthem. Today, he says, no, he has no regrets in taking that stance, and for those questioning him: "Take your time. Take a second to get to know me. It’s a human rights issue."

On Saturday morning, Mayfield released a lengthy statement on Instagram explaining that he’s now going to stand during the anthem because kneeling “will only create more division and discussion instead of actual change.

“After watching Thursday’s game and also watching the Dolphins player’s [sic] video,” Mayfield said, “it shows that it is not about who is standing or who is kneeling for the anthem. But instead, coming together and taking action to create real change. Also after reading many letters and messages over the past few weeks… I have been showed that a gesture such as kneeling will only create more division or discussion about the gesture, rather than be a solution towards our country’s problems at hand. With that being said, I am choosing to stand for both anthems to show respect, love, and unity to everybody involved.

Mayfield went on to say that he will respect his decisions on whether they choose to kneel or not.

“I will respect all of my teammates no matter their decision. We have had meaningful discussions on what true change looks like, and that change takes all of us being together. My heart is even more passionate than it was months ago, due to the fact that we are not close to being where our country needs to be. I love this country, but these challenges and adversity are an opportunity for much needed change for issues that have been going on far too long. It is going to come down to how we handle adversity and taking advantage of our opportunities.

“I am posting this now so it is not a discussion on game day. And so the discussion can continue to be about how to better our country, instead of divide us. Our team is ready to fight for our goals both on and off the field.”