Baker Mayfield’s Wife Chirps Back At Browns Fans: ‘He’s Not In An Easy Position’ 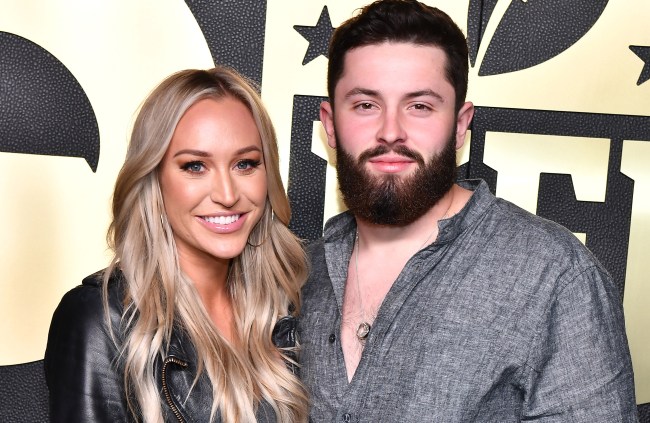 Baker Mayfield has been on the receiving end of a lot of criticism following the Browns’ 38-7 loss to the Steelers on Sunday. Mayfield, who is no stranger to hearing it from haters, completed just 10 of 18 passes and threw two interceptions against Pittsburgh, so most would argue that some criticism is warranted.

Emily Mayfield doesn’t want to hear it though. Baker’s wife called out Browns fans on her Instagram story following the loss to Pittsburgh. A fan pointed out Mayfield’s lack of consistency and despite not having too big of shoes to fill, he isn’t doing a great job of filling them as the Browns for 1-31 before he was selected first-overall in 2018.

Emily, who has had her fair share of run-ins with Cleveland fans online, responded to the post by saying “He’s not in an easy position. And he’s grinding for this city. It takes time. Don’t send me some stupid s–t.” 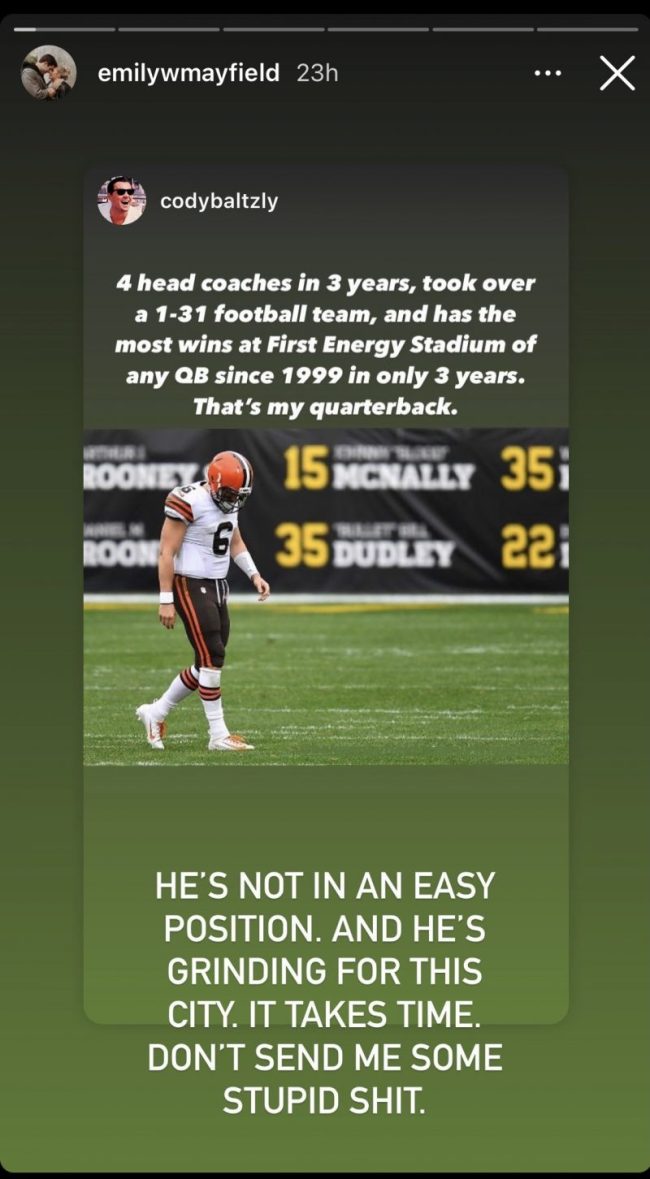 Cleveland fans surely won’t like Emily’s thoughts about this process ‘taking time.’ Mayfield is in his third season in the NFL and has taken a step backward, not forward. So far this season he’s completing 60.6% of his passes to go along with 10 touchdowns and six interceptions.

The Browns sit at 4-2 on the year and could very well find themselves in the postseason this year, but things seem to be spiraling in the wrong direction. During the game Sunday, Odell Beckham Jr. was caught having another tantrum on the sideline while most critics agree that it may be time to seriously start panicking about Mayfield as this team’s quarterback.