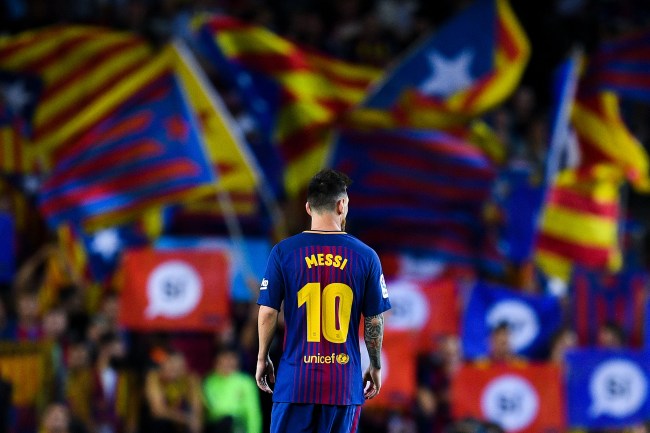 Former FC Barcelona president Josep Maria Bartomeu, his adviser, the club’s current CEO Oscar Grau, and the club’s head of legal have reportedly been arrested following a raid at the club’s offices, according to ESPN.

A spokesman for the local police also confirmed to ESPN that “arrests are taking place but we cannot give names. We are in the process of carrying out an operation at the moment with agents from the financial crimes unit.”

The raid took place as officers were searching for evidence in relation to Barcagate, a social media scandal that took place one year ago in which it is alleged that Barcelona, under Bartomeu at that time, paid a third-party company to smear both current and former players as well as presidential candidates. Following the allegations, Barca rescinded their contract with I3 Ventures, the company behind the slanderous social media accounts.

Barcagate became a thing in February 2020 when allegations were first made by a local radio station that presented evidence that I3 was behind a number of Facebook accounts that attacked people at the club, including Lionel Messi and ex-manager Pep Guardiola.

If you’re thinking that this alleged plot sounds like something you may see in ‘Ted Lasso,’ you’re not alone.

Following an external audit by PricewaterhouseCoopers, it was declared the club did not partake in any wrongdoing absolving the club of any corruption on a financial level. However, police don’t seem to be convinced of the audit therefore opened their own investigation last year. Police raided the club’s offices in June of 2020 as well.

Bartomeu resigned from the club, but his resignation was not related to Barcagate. The club is set to elect a new president on Sunday as voting began on Monday.