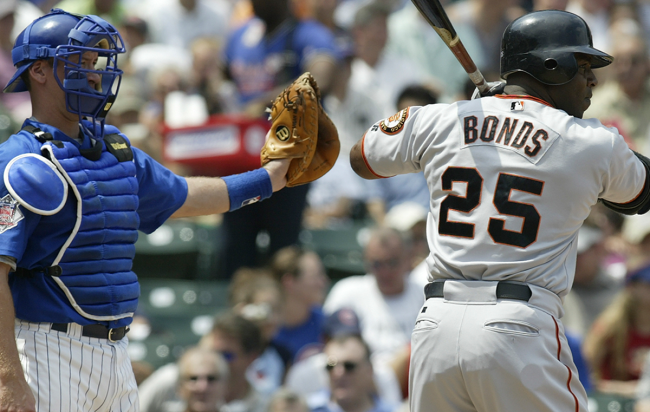 Major League Baseball’s Steroid Era may have irreparably tarnished the reputation of a game that’s arguably lost the right to refer to itself as America’s Pastime (although you could also argue there’s nothing more American than blatantly cheating to get ahead,) but you’re lying to yourself if you can’t admit it was an absolutely incredible time to be a fan.

Part of the reason I’ve drifted away from baseball over the years is that it’s pretty clear I’ll never come close to getting a taste of the pure, unadulterated excitement that came with watching Mark McGwire and Sammy Sosa race to break Roger Maris’ single-season home run record in 1998 before Barry Bonds set the new standard when he hit 73 of the longballs that chicks dig in 2001 on his way to ultimately breaking Hank Aaron’s all-time mark.

Barry Bonds has still never admitted to knowingly using performance-enhancing drugs despite ample amounts of evidence that would suggest that isn’t the case. It seems it’s unlikely he’ll ever be able to get back into the good graces of the general public (or the people he needs to please to be immortalized in Cooperstown,) but despite the dubious nature of his dominance, it’s still kind of hard to not look back in awe at just how much fear he managed to strike into his opponents at the peak of his career.

There is perhaps no single moment that highlights just how much Bonds terrified teams than what transpired when he stepped up to the plate with two outs in the bottom ninth inning and the bases loaded during a contest against the Diamondbacks on May 28, 1998. With the D-backs up 8-6, manager Buck Showalter decided to intentionally walk the slugger and willingly surrender a run much to the surprise of basically everyone—including an incredulous Bonds.

The gamble—which Showalter later revealed stemmed from the Diamondbacks essentially running out of pitchers—ended up paying off, as the next batter lined out to end the game.

Bonds recently looked back at the moment during a conversation with Dom Smith, where he recounted what went through his mind when he realized what was happening. Here’s what he had to say:

“I was shocked at first…I looked in the dugout going, ‘What the heck is going on here?’ It’s the first time. I’d never seen it happen before, and I was feeling really good at the time. You know, I was pretty locked in at that time, but I had a great hitter behind me in Brent Mayne. He was a contact hitter.

Walking with the bases loaded, at first, I was shocked, but basically, when I got to first, I was a cheerleader for my team.”

I have a feeling “heck” may have not been the word that really popped into his mind, but that sounds about right.