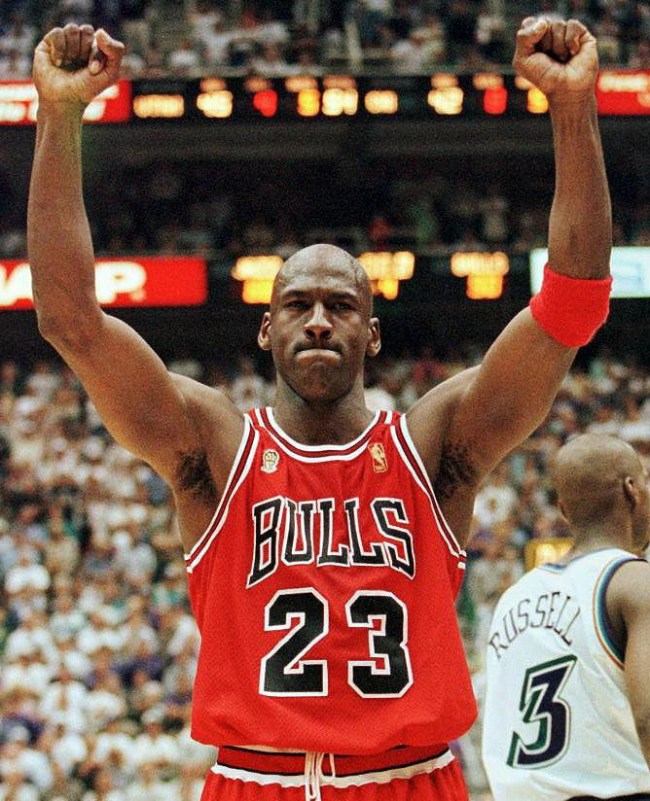 Seriously, is there a better reality show than the NBA? So… much… freaking drama.

No wonder it’s is so popular. It’s like the WWE only with real contests and real stories.

This latest nugget of NBA controversy didn’t even originate inside the league, it comes to us from a beef that’s been boiling between Basketball Wives stars Tami Roman (below) and Jennifer Williams.

For the record, neither one of the women are actually current “basketball wives” as Roman divorced ex-NBA star Kenny Anderson way back in 2001, and Williams is no longer married to former NBA player Eric Williams, having divorced in 2011.

That aside, Roman and Williams have appeared in almost every season of VH1’s Basketball Wives and this season things are once again getting ugly between the two of them. Only now they’re dragging none other than Michael Jordan into their beef.

In a preview video of an upcoming episode, Williams told Evelyn Lozada a embarrassing story that made Roman felt made her look bad.

In response, Roman went OFF on Williams in a NSFW rap video on Instagram.

“Here’s what I think about you. F**k you. God damn I’m glad you set it off, begging me to put you on when you couldn’t even keep a job,” Roman began.

She continued her rap, adding, “This right here is raw no Vaseline, so far up Evelyn’s ass you almost touched her spleen.”

Eventually, Roman dropped the bomb about Williams and His Airness, rapping, “I had to step back like MJ. You was messing with MJ, let him hit it like a sensei. And yes I’m talking about 23, he was playing in the Chi when you let him give you the D.”

And if you think she’s making it all up, Roman added, “You gonna hear this and say that I’m a liar, I got receipts so I don’t think you should reply.”

Williams responded with a brief Instagram story of her own that simply said, “A hit dog will holla… We got the receipts boo…”

God, I love the NBA.