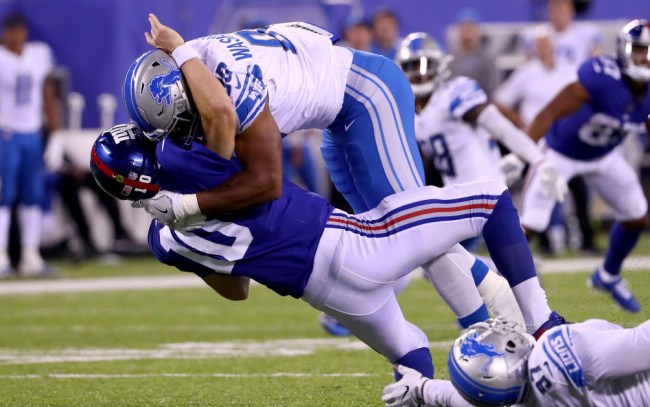 Wow, we’re only through week two of the NFL season and both the Dallas Cowboys and New York Giants are already showing signs of panic. Wish I could say that I am disappointed by that, but I would be lying through my teeth.

On Monday, Cowboys head coach Jason Garrett tossed his quarterback Dak Prescott under the bus following their beating at the hands of the Broncos. (Troy Aikman even invoked the name Tony Romo.)

And now today, after getting throttled by the Detroit Lions 24 to 10 on Monday night, Giants head coach Bob McAdoo threw his quarterback Eli Manning under the bus, ironically after saying, “Put this game on me.”

When asked about a delay-of-game penalty in the third quarter on fourth-and-goal from the 2-yard-line which resulted in the Giants having to settle for a field goal, McAdoo laid the blame firmly at the feet of Manning…

“Sloppy quarterback play,” said McAdoo as for what caused the penalty. “Quarterback and the center need to be on the same page there. We need to get the ball snapped.”

McAdoo was then asked why he didn’t use a time out: ““Because we have a veteran quarterback who has played a lot of football. I expect us to get the ball snapped. Usually the clock goes from three, two, one, zero. Once it hits zero, they look at the ball, then look at the clock. Usually we have a tick once it hits zero to get the ball snapped without being a delay of game. I thought we had a chance to get it off.”

He’s not wrong, even Eli Manning himself admitted as much, saying, “I got to call a timeout or get it snapped.” But damn…that was pretty savage.

McAdoo also publicly second guessed Manning for a play he called that resulted in an interception, “I didn’t like the interception when we got the turnover. The defense took the ball away. You know, it happened fast for him. I thought he should’ve went to number two or checked the ball down.”

Call me crazy, but unless McAdoo is under the misguided impression that Geno Smith or Davis Webb is the answer, perhaps calling out the leader of your offense and second guessing him publicly isn’t the best way to guide your team to a successful season. 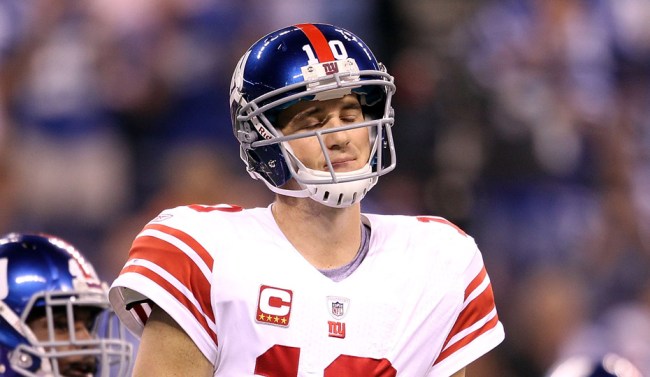