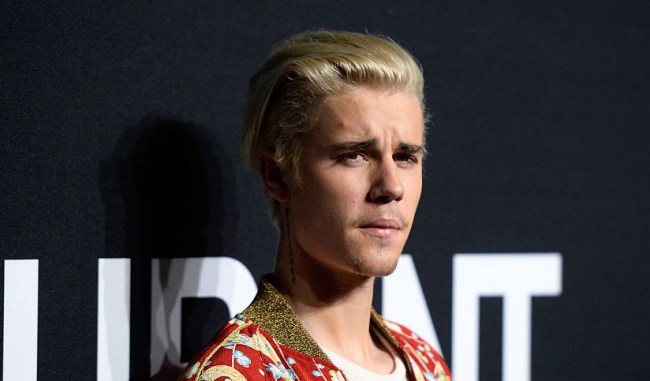 The Pittsburgh Steelers were on fire going into last Sunday’s matchup with the woefully New York Jets. Ben Roethlisberger had thrown six touchdown passes in two consecutive games. The Jets were doing their best impression of a junior varsity team. Victory seemed like a sure thing.

Then things went horribly wrong and Rex Ryan’s guys ran the Steelers out of the building.

In the wake of the carnage, questions were asked, namely: how could this have happened?

An easy scapegoat was found and his name is Justin Bieber. The pop star and noted troublemaker was in attendance for the team’s Bible study Saturday night for some reason so surely he brought some sort of curse with him. But just as the townspeople were about to tar and feather The Biebs, a knight in shining armor showed up to save the day.

Roethlisberger told local radio station 93.7 The Fan that Bieber’s visit was “not a big deal at all,” saying that the Canadian popstar brat is one of many A-listers to show up at Steelers meetings.

“For instance, [ex-Steelers wide receiver] Plaxico Burress stopped by. Obviously he’s family, but people stop by all of the time and say, ‘Hi,’ and we’ve had other athletes, actors, celebrities, stuff like that stop by.”

And while Sunday’s unexpected result at MetLife Stadium will only fuel the theory of the “Bieber Curse,” Roethlisberger isn’t buying it.

“[Bieber] is one of the more popular guys for good or for bad in the country, so [my teammates] had a chance to say hello and they did.”

If the Bieber curse is real, the singer is doing a great job at attempting to spread it. He goes through teams like a sailor on furlough. I’m not a superstitious person but I’d like him to stay away from my favorite clubs just to be safe. There’s no way his presence is helping.