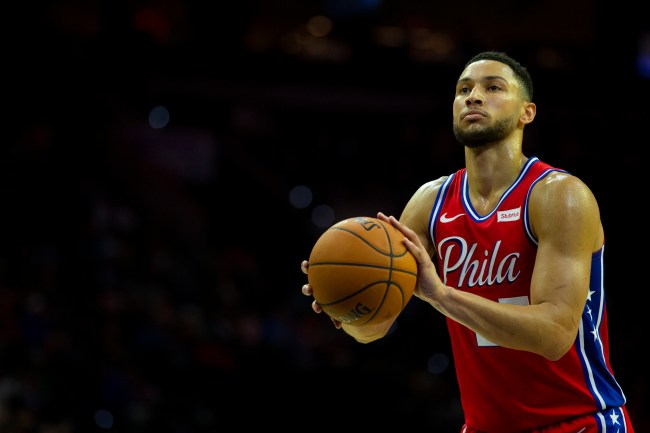 Two years ago this week, Klay Thompson hobbled back onto the court after tearing his ACL in the 2019 NBA Finals to effortlessly sink two free throws late in a tight game, barely grazing the rim on either. It’s impossible to imagine how much furniture Klay needed to move in his head to deliver in that moment, with a daunting 371 day recovery on the horizon.

Former Rookie of the Year, All-NBA selection, and three-time All-Star Ben Simmons was subbed out of the game late in the fourth quarter of Wednesday’s historical loss after going a dismal 4-for-14 at the charity stripe.

“Definitely, I think, mental,” he said after the game, per ESPN’s Dave McMenamin.

When asked about being subbed out in the 4th: “Obviously I got to knock down free throws and step up and do that, but it is what it is. Coach’s decision.”

Simmons, a 60% career free throw shooter, has regressed so far in the playoffs he can no longer stop his face from hiding it. Every trip to the line, Simmons looks like he just realized he left his son behind while his family takes a trip to France.

The Sixers shot poorly from the free throw line and the field, including superstars Joel Embiid and Ben Simmons.

That’s one way to put it, Magic.

These stats will help you conceptualize how atrocious things have been for Simmons when all eyes are on him.

Worst FT% by a player in a single playoff run (min 50 attempts):

This 76ers fan is trying to teach Ben Simmons how to shoot a free throw 😂 pic.twitter.com/WAKNOJjXLn

When does this become online bullying? Chrissy Teigen, can we get your take?