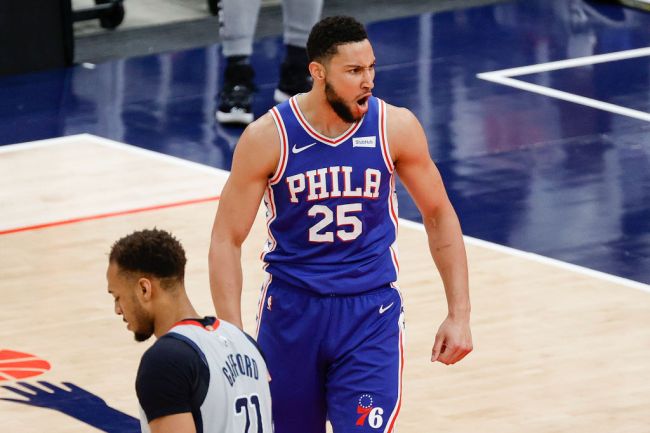 It has been a rough few months for Ben Simmons but he is coping well. The 25-year-old guard finished the 2021 season with one of the worst playoff performances in history and hung out with his model girlfriend at Wimbledon to get over it.

Things could be worse and he is optimistic about what is to come.

However, his fresh start to next season is virtually guaranteed to be with a new team. The relationship between Simmons and the 76ers is virtually nonexistent and he has reportedly been ghosting the organization since year’s end.

As the two sides look to part ways, Simmons is gearing up to prove the haters wrong. He is known to struggle in clutch situations and often overthinks the situation and passes up an opportunity for points.

More, if not most, importantly, he is a generally terrible shooter. Well, Simmons wants to change that narrative.

There are few traditions greater than NBA players dropping workout videos. Nearly every single player does it and the clips never ever show them missing.

That was the case with Simmons’ first offseason video of the year. He can be seen driving to the paint before spinning away from his defender and hitting a pull-up fadeaway jumper.

These videos are always so funny because who knows how many takes it took or how many times they ran this specific drill. Either way, if Simmons can show similar skills during an actual game in the actual season, his value skyrockets immensely.

Are you buying in?